Last year's GTC offered more than 280 hours of content intended primarily for computational scientists, engineers and developers who want to better understand how the GPU is transforming scientific, visual and technical computing. Attendance at the 2010 event grew more than 50 percent, and further growth is anticipated this year. With increased global awareness surrounding supercomputing, and its importance to the advancement of science, visualization and innovation, this year's GTC promises to be an event not to be missed. 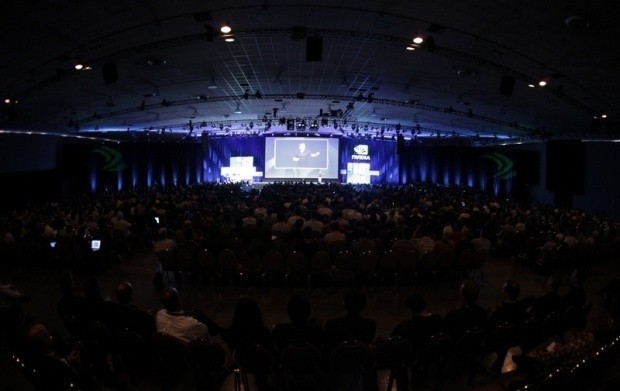 "GTC has moved to the top of the annual agenda for the scientific and technical GPU computing community," said Bill Dally, NVIDIA's chief scientist. "The addition of the Accelerated HPC Symposium in this event underscores the central importance of GPUs and parallel computing."

A leading U.S. national security research institution, Los Alamos National Laboratory has been hosting the Accelerated HPC Symposium as a stand-alone event with the goal of bringing together world leaders in supercomputing to share knowledge and help solve the world's most crucial technology challenges. This event will now take place during GTC 2011, and will be co-hosted by Los Alamos National Lab and NVIDIA.

Ben Bergen, research scientist at Los Alamos National Laboratory, said, "The growing success of GTC makes it a natural venue for co-hosting the Accelerated HPC Symposium. This event draws senior scientists from national research labs across the globe, and their interests in hardware and software development make for a perfect match with GTC."

"It's rare to attend a conference where there is such a broad a range of research disciplines represented," said Klaus Schulten, Swanlund Professor of Physics at the University of Illinois at Urbana-Champaign. "It is testament to the dramatic effects the GPU is having on complex scientific problems that an event like this is possible."

Many of the sponsors and exhibitors from GTC 2011 have already secured their spot, including Microsoft, Supermicro, PNY, Adobe, Next IO, GE Intelligent Platforms, AMAX, Appro, The Portland Group, and Wolfram Research.

Further information on GTC 2011 is available at http://www.gputechconf.com. The site provides a sign-up for regular email updates, including when the call for submissions is opened.

NVIDIA (NASDAQ: NVDA) awakened the world to the power of computer graphics when it invented the GPU in 1999. Since then, it has consistently set new standards in visual computing with breathtaking, interactive graphics available on devices ranging from tablets and portable media players to notebooks and workstations. NVIDIA's expertise in programmable GPUs has led to breakthroughs in parallel processing which make supercomputing inexpensive and widely accessible. The Company holds more than 1,700 patents worldwide, including ones covering designs and insights that are essential to modern computing. For more information, see www.nvidia.com.