SAPPHIRE Technology, the largest manufacturer and supplier worldwide of graphics solutions based on AMD technology has just added two new models bringing higher performance and new features to the recently launched HD 6000 series. The new SAPPHIRE HD 6970 uses a new GPU architecture from AMD which features dual graphics engines in one chip with 24 SIMD engines and a total of 1536 stream processors with 96 texture units, providing massively parallel computing power for graphics and other accelerated applications. Its core clock speed of 880MHz, together with a dedicated high speed interface to 2GB of GDDR5 memory running at 1375MHz (5.5Gb/s effective) delivers the highest performance in this series. New Tesselation engines bring up to three times the performance of the previous generation, and new Enhanced Quality AA and filtering modes bring the highest image quality ever achieved.

A new dynamic power management feature - known as AMD PowerTune - enables the new HD 6970 to deliver maximum performance for demanding applications whilst operating within its specified rating of 250W. New options in the Catalyst Control Center allow enthusiasts to adjust this rating for enhanced performance. Typical power consumption for gaming is 190W and the card has a super low idle power of only 20W.

Exclusive to SAPPHIRE with the launch of the HD 6970 is the brand new game - Battlefield: Bad Company 2 Vietnam. SAPPHIRE will bundle a voucher in the SAPPHIRE HD 6970 Gaming Edition for users to download the full game as soon as it is available on December 21st. An additional SAPPHIRE HD 6970 Limited Edition will feature the card and game voucher delivered in a special Aluminium carry case. The regular SAPPHIRE HD 6970 will not have the game voucher. 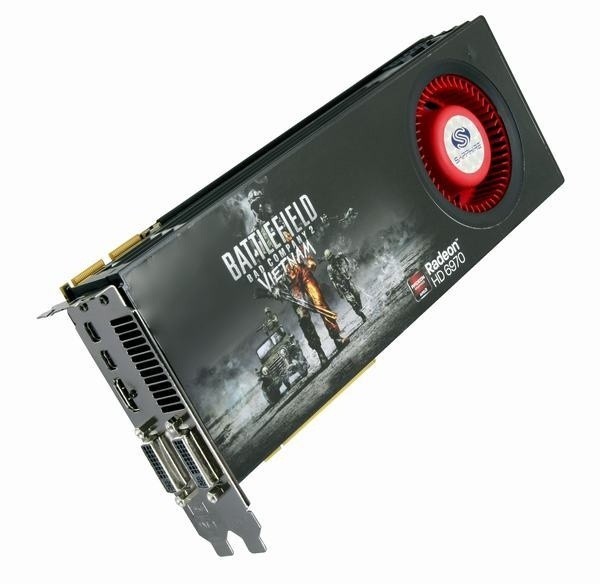 At the same time, SAPPHIRE will introduce the SAPPHIRE HD 6950, with the slightly less powerful configuration of 1408 stream processors and 88 texture processing units. With its clock speeds of 800MHz for the core and 1250Mhz (5 Gb/sec effective) for the memory this model brings users a new benchmark in performance at a lower price point with full DirectX 11 support and all the features of this new generation of technology. 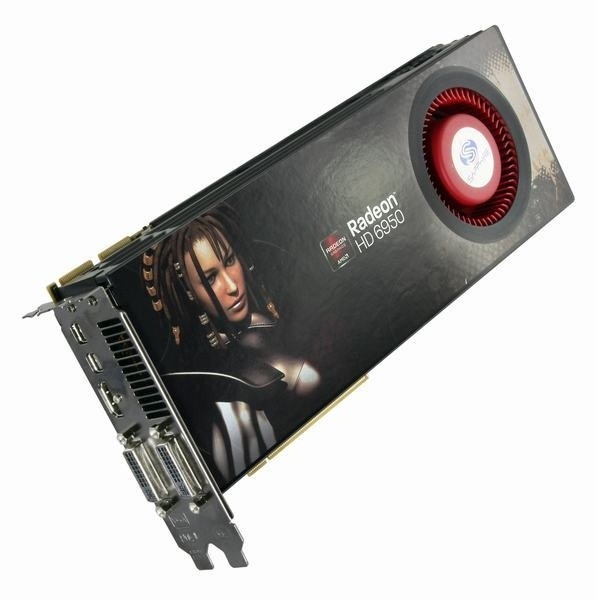 In addition to spectacular image clarity, speed and visual effects, the SAPPHIRE HD 6900 series supports the AMD multi-monitor mode known as Eyefinity. This allows a single GPU to display images over an array of several monitors, opening up exciting possibilities not just for multi-screen gaming but also for information systems, multimedia systems and promotional displays.

The HD 6970 and HD 6950 each have two DVI, one HDMI and two mini-DisplayPort outputs, allowing a wide choice of monitor configurations to be used. A 1.8m High Speed HDMI cable is included with the SAPPHIRE HD 6900 series cards. With the future release of the DisplayPort v1.2 drivers, it will be possible to daisy chain several DisplayPort v1.2 monitors from each DisplayPort output, supporting up to six displays per card.

Like previous generations, the SAPPHIRE HD 6900 series has an on board hardware UVD (Unified Video decoder) - this technology is now in its third generation, considerably reducing CPU load and delivering smooth decoding of Blu-ray and HD content for both VC-1 and H.264 codecs, as well as Mpeg files, and support for Multiple View Video Coding for Blu-Ray 3D.

The multiple stream processors of the HD 6900 series can be used to accelerate other applications such as video transcoding. The latest generation of web browsers can be GPU accelerated, and this is also supported for enhanced productivity in Microsoft Office 2010.

The SAPPHIRE HD 6900 series is supported by AMD's DirectX 11 WHQL certified graphics driver which delivers support for all of the key DirectX 11 level features required for enhanced gaming experiences as well new configuration options and GPU acceleration of supported applications.