A New Prospect in Computer Storage

November 30, 2010, Taipei, Taiwan ~Leading flash memory manufacturer, Silicon Power today unleashes their new 2.5" SATA solid state drive (SSD) ~ E20, a new prospect in computer storage! The new E20 challenges SSD limitations with uniquely developed technology to boost read speeds up to 250MB/s and write speeds up to 230MB/s, both data transfer rates surpass the major SSD on the market today. In addition, E20 also supports TRIM Command. It is specifically for Windows 7 users, allowing for swift tens of seconds OS startup time and instant application and software use. For users using other OS, E20 provides Garbage Collection Technology. It enhances SSD's already strong performances and prevents poor computer responses from long hours of continuous use. It is the ingredient to achieving twice the result with half the effort! 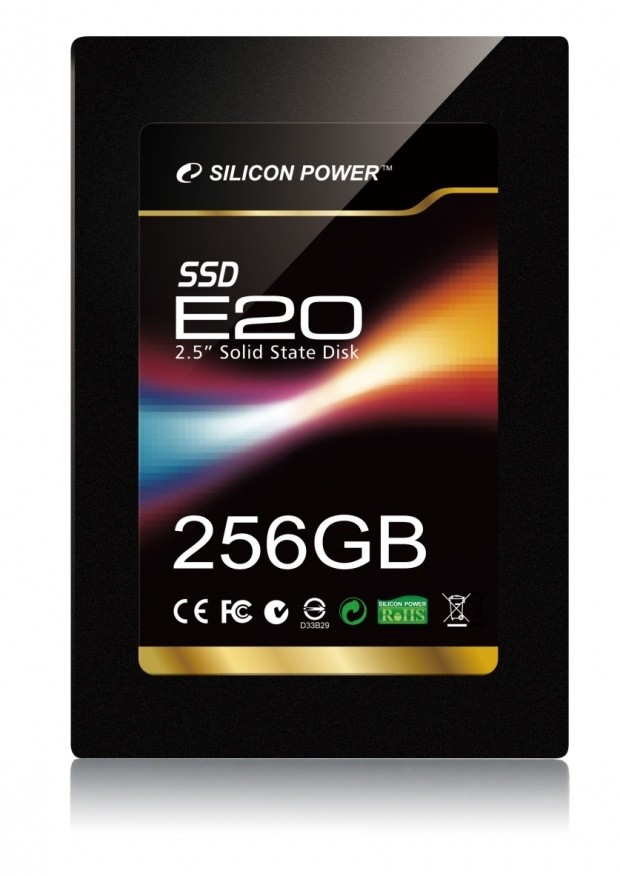 DDR2 DRAM Cache Memory Implementation
Users are most concerned with lag when using computers as it affects workflow and efficiency. With E20's built-in DDR2 DRAM Cache Memory, even during continuous intensive-write situations, computers shall lag no more! This feature not only enhances SSD's read and write performances, it also extends SSD's lifespan.

S.M.A.R.T Support
Through Self-Monitoring Analysis and Reporting Technology (S.M.A.R.T.), user can monitor the health of E20.

Breaking through traditional SSD dull looks, the E20 is coated in gold and bluish-green color coordination resembling the passionate flame and lightening speed! It has a maximum capacity of 256GB which is the perfect choice for people wanting SSD performance and large storage capacity. Silicon Power's E20 SSD is the number one choice when it comes to replacing your traditional hard disk drive!

Silicon Power Computer & Communications Inc., founded in 2003 by a group of enthusiastic specialists of flash data storage industry. Well dedicated in brand image and product quality, Silicon Power has been recognized and well accepted by millions of end-users in more than 100 countries, becomes the world's leading manufacturer of flash memory cards, USB flash drives, card readers, DRAM modules, solid state disks, and portable hard drives in less than a decade. Headquartered in Taipei, we continuously established various branches throughout the world including Netherlands, Japan, Russia, Mainland China and other emerging market. With superior quality and innovative design, our products stood out in several competitions and awarded Taiwan Excellence and COMPUTEX Design & Innovation Award in 2009 and 2010. Winning trust of global consumers, Silicon Power holds a record of successive double-digit revenue growth for last seven years. For Silicon Power, the product we introduced is not only a digital storage device but also a real promise to create and preserve your most valuable memory in every moment.