The wait for a CPU cooler that both looks great and still outperforms the competition is over, as the Cooler Master V6GT combines a new thinking in CPU cooler design, yet doesn't compromise on cooling performance. It also packs a range of great features as standard, such as the use of a Double-V heatpipe design, twin 120mm DynaLoop PWM fans, a built in LED strip on the top and of course support for multiple CPU sockets.

Cooler Master has designed the V6GT as a no compromise air cooler and has come up with several new key improvements that makes this one of the best CPU air coolers on the market. Cooler Master put V6GT coolers through torture tests by using them to cool a pair Xeon X5670 processors on EVGA's Classified SR-2 motherboard and a i5 655K processor. 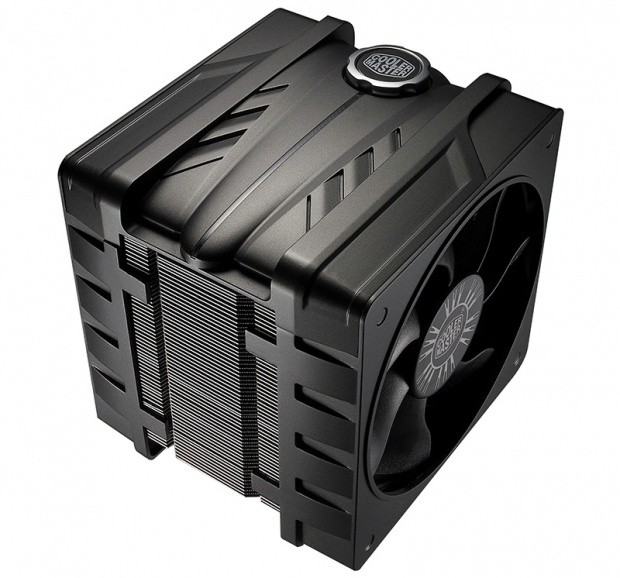 The Xeon X5670 processors were overclocked to 4 GHz, yet the V6GTs kept both CPU's at sub 70 degrees C, and the i5 655K was overclocked to a mssive 5.269GHz under 66 degrees C, even during extended periods of extreme benchmarking at these high clock speeds.

By adding 55 densely stacked fins asymmetrically with a five degree tilt the V6GT has lower airflow resistance than your average heatpipe based cooler. This means that more air can be pushed through by the twin 120mm fans which results in vastly improved heat dissipation. The twin V shaped heatpipe layout maximizes the contact area between the 6mm heatpipes and the heatsinks, as well as putting all of the heatpipes in a direct path of the airflow. 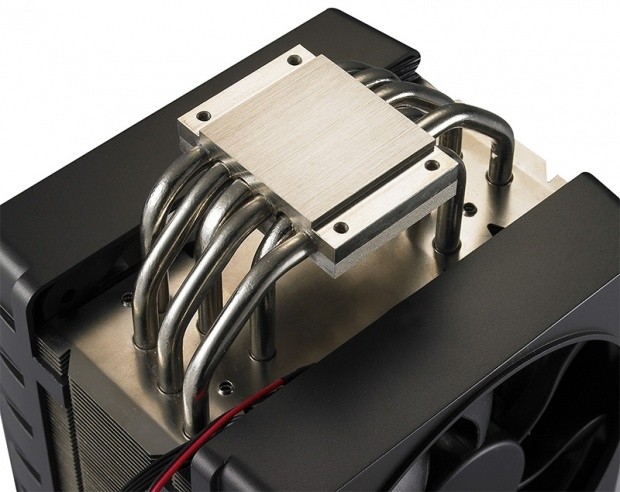 The fans used on the V6GT uses a new type of bearings known as DynaLoop which extends the life of the bearings to 40,000hrs. The new wave shaped fan blades increases the airflow while maintaining an even air pressure which leads to less fan noise. Both fans also features PWM fan control which further helps reduce the noise from the fans when the CPU is idle or under a low load. The fans are also easy to install and remove thanks to a new tool-free snap-on fan cover. The fans operate at between 800 and 2200rpm and produce an airflow of 34 to 94 CFM per fan, yet the noise level is only a mere 15 to 38dBA. 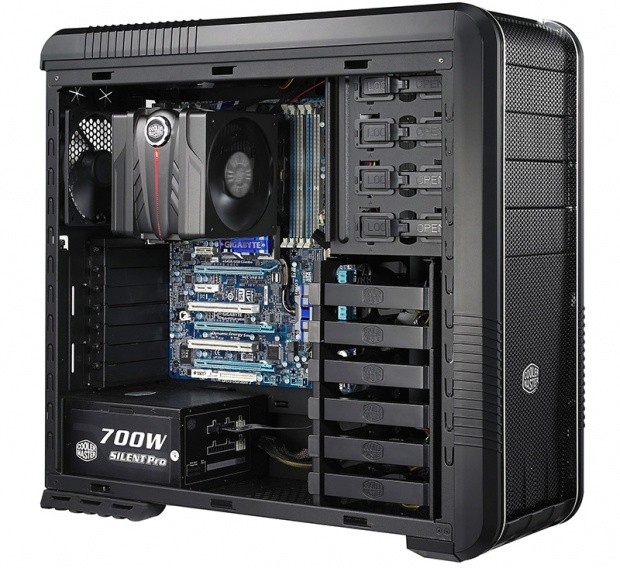 Made to look the business

The V6GT manages to combine great looks with great performance. It builds on Cooler Masters famous V-series of coolers. The top of the V6GT has been equipped with a cover that houses an LED light strip and you can set the colour to blue, red or purple by simply adjusting the "engine oil cap" dial on the top of the cooler.

The V6GT comes with a mounting kit that allows you to install it on all current CPU platforms. It's supplied with all the mounting brackets, back plates and screws that you'd need, as well as a syringe of Cooler Master's thermal paste. This means that there's no need to buy any additional accessories to install the V6GT unlike some competitive solutions. 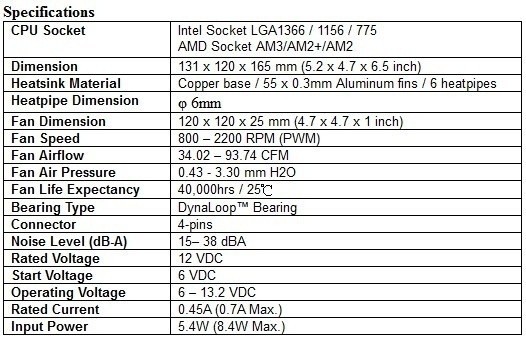