"TRON: Legacy is a cutting-edge film with a unique futuristic feel, and we wanted to create products with new technology and high-end design that live up to what you will see on screen," said Chris Heatherly, VP of toys and electronics, Disney Consumer Products. "This is not a typical movie line. We're working exclusively with trailblazers who normally do not do movie merchandise, but they believed so passionately in TRON that they jumped at the chance to help us make great products."

Every product in Disney's TRON: Legacy toy line lights up and is designed to bring the film's characters and themes to life by boasting sleek design, eye-popping technology and endless opportunities for active play.

TRON Action Figures: The new TRON: Legacy action figures are the first to feature impulse projection technology, which brings the characters to life by projecting digitized, illuminated and moving faces onto the helmet just as in the film. The line features 7.5" figures and a special 12" Ultimate Sam Flynn figure. The characters also speak phrases from the TRON: Legacy film. With prices ranging from $15 to $40, TRON Action Figures are expected to immediately attract avid collectors and to shake up the toy aisle this holiday season. (Ages 4 & up).

TRON Core and Deluxe Vehicles: TRON Core and Deluxe vehicles are detailed replicas from TRON: Legacy that come to life when a character is inserted and they both light up. The Deluxe model features launching projectiles, tri-color light changes, pop-up air brakes (pop-up blasters on the Light Runner) and gravity tilt sounds, just like in the movie ($14.99 and $19.99, ages 4 & up). 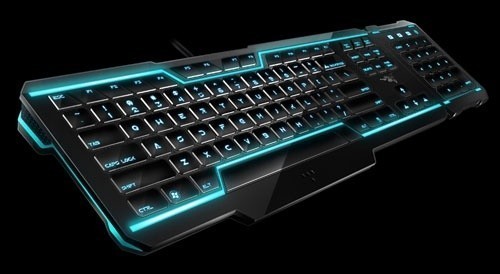 Disney's TRON: Legacy electronics line is designed to appeal to discerning gamers and audiophiles who seek out products that offer high quality and innovative design. Key licensees include Monster, PDP and Razer.

TRON PC Peripherals from Razer: Razer is a leader in high-end PC gaming and lifestyle peripherals and has an established reputation for creating the world's most precise and advanced tools for gaming. The new TRON: Legacy gaming peripherals from Razer include: an ergonomic gaming mouse incorporating Razer's 5600dpi 3.5g gaming grade sensor, a gaming keyboard with programmable keys and macro capabilities as well as a detachable keypad, and a high precision mouse mat - all designed to create the ultimate gaming experience featuring highly detailed finishes and lighting effects. The product line will range in price from SRP $79-139.

TRON Game Controllers and Apple Accessories from PDP: Unique multiplatform TRON game controllers from PDP bring the look and feel of TRON: Legacy directly into the hands of gamers with light-up accents, perforated details and performance-enhancing contours and design. Playstation 3® and Xbox 360® controllers are corded with precision parts and vibration support; the Wii™ controller is wireless. Available in tandem with the TRON: Evolution video game release, the SRP for each is $49.99. PDP will also offer a line of iPod®, iPhone® and iPad® cases inspired by the world of TRON. 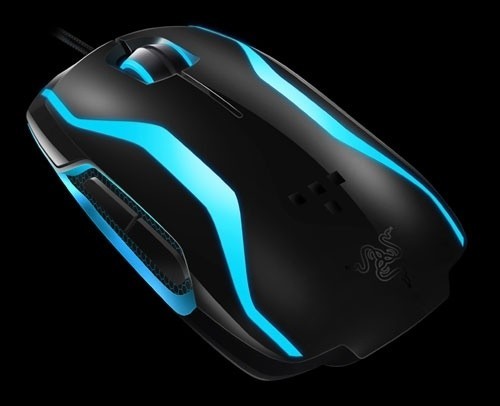 Fans will get a first look at the all new TRON: Legacy-inspired toys and electronics at San Diego Comic Con next month. Disney will showcase an interactive TRON booth that will engage fans with an array of new TRON-inspired merchandise launching this fall. Capturing the action, light, and cool aesthetic style of the film, the line on display will also include collectibles, apparel and accessories for men and women, publishing and the new TRON: Evolution video game from Disney Interactive Studios. Comic Con exclusive TRON product will also be on sale. Disney will also reveal exciting new mobile content at the event. San Diego Comic Con will be held at the San Diego Convention Center July 22-25, 2010. Visit booth #3712 to see the TRON showcase.

TRON: Legacy is a 3D high-tech adventure set in a digital world that's unlike anything ever captured on the big screen. Sam Flynn (Garrett Hedlund), a rebellious 27-year-old, is haunted by the mysterious disappearance of his father Kevin Flynn (Oscar®- and Golden Globe®-winner Jeff Bridges), a man once known as the world's leading video-game developer. When Sam investigates a strange signal sent from the old Flynn's Arcade-a signal that could only come from his father-he finds himself pulled into a digital world where Kevin has been trapped for 20 years. With the help of the fearless warrior Quorra (Olivia Wilde), father and son embark on a life-or-death journey across a visually-stunning cyber universe-a universe created by Kevin himself that has become far more advanced with never-before-imagined vehicles, weapons, landscapes and a ruthless villain who will stop at nothing to prevent their escape. Presented in Disney Digital 3D™ and scored by Grammy Award®-winning electronic music duo Daft Punk, TRON: Legacy hits U.S. theaters on Dec. 17, 2010 in Disney Digital 3D™ and IMAX® 3D.

Disney Consumer Products (DCP) is the business segment of The Walt Disney Company (DIS) that extends the Disney brand to merchandise ranging from apparel, toys, home decor and books and magazines to foods and beverages, stationery, electronics and fine art. This is accomplished through DCP's various lines of business which include: Disney Toys, Disney Fashion & Home, Disney Food, Health & Beauty, and Disney Stationery. Other businesses involved in Disney's consumer products sales are Disney Publishing Worldwide, the world's largest publisher of children's books and magazines, and http://www.disneystore.com/, the company's official shopping portal. The Disney Stores retail chain, which debuted in 1987, is owned and operated by Disney in North America, Europe, and Japan. For more information, please visit http://www.disneyconsumerproducts.com/ or watch us at www.youtube.com/disneyliving "like us" on www.facebook.com/disneyliving, or "follow us" at www.twitter.com/disneyliving.

About the Razer Group:

Razer™ is the world's leading manufacturer of high-end precision gaming products and peripherals that are designed "For Gamers. By Gamers™". Headquartered in Carlsbad, California, Razer's award-winning line up of products includes desktop speakers, headsets, keyboards, mice, software, and gaming surfaces. Since 1998, Razer has collaborated with leading professional gamers to develop, manufacture and market cutting-edge gaming peripherals using proprietary technologies that give gamers the competitive edge. Razer products offer the best in precision, sensitivity, usability and distinctive product design and have a reputation for being leaders in gaming peripheral technology.