Both ROG Crosshair IV Formula and M4A89TD PRO include the AMD 890FX chipset and deliver thrilling PC performance through award-winning ASUS exclusives Core Unlocker and Turbo Unlocker, empowering users with on-demand overclocking and performance boosts for greater CPU capabilities in real time. Combined with the potential of the new design from AMD, these motherboards provide an experience like no other. 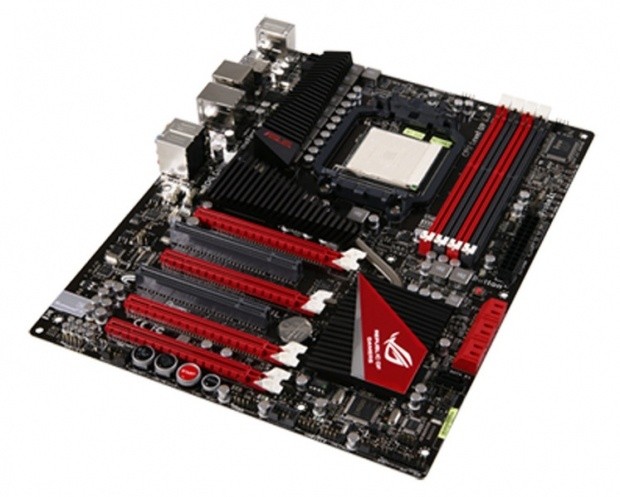 ASUS shows the way in extreme PC performance with the inclusion of Core Unlocker on new 890FX boards. This technology remains the most reliable and successful way to unlock additional cores for performance improvements on motherboards using the AMD 800-series chipset. Core Unlocker makes it possible to turn a budget quad-core version of a CPU into a full six-cores for significant computing gains*.

It is accompanied by Turbo Unlocker, an intelligent overclocking engine that opens up CPU performance instantly by CPU core ratio when engaged in heavy computing or intensive tasks, including gaming.

Joe Hsieh, General Manager of Motherboard Business with ASUS, said, "ASUS will never stop developing the friendliest and most performance-boosting features available to consumers, whether enthusiasts, beginners or anyone else. Both Core Unlocker and Turbo Unlocker realise CPU potential, making them ideal for users looking for the best value on the best performance motherboards around." 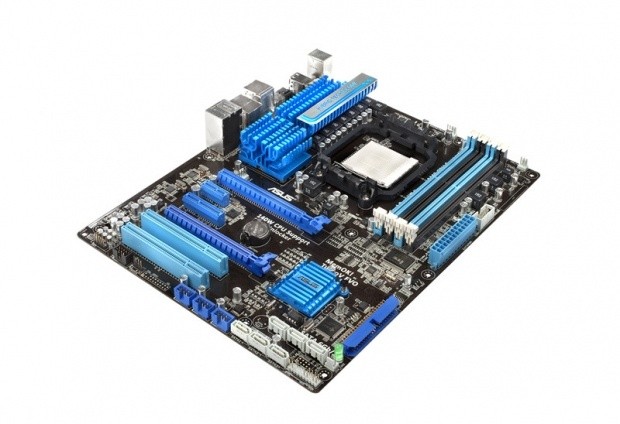 Turning Four Cores into Six
Using a switch on both new motherboards, award-winning Core Unlocker is an ASUS exclusive that leads to fast and easy performance gains through the activation of latent CPU cores. One press sets Core Unlocker going as it scans the CPU for additional cores and puts them to work for major computational gains. Heavy multitasking, rendering and gaming go faster and better with additional cores available, as Core Unlocker can turn a dual-core CPU into a tri or quad, or turn quad-core versions into a full six-cores for significant computing gains*. In many cases Core Unlocker has demonstrated up to 103% in added performance-it is a supremely capable technology that injects great value into these motherboards.

With the performance and speed demanded by users constantly rising, these technologies could not have come at a better time. 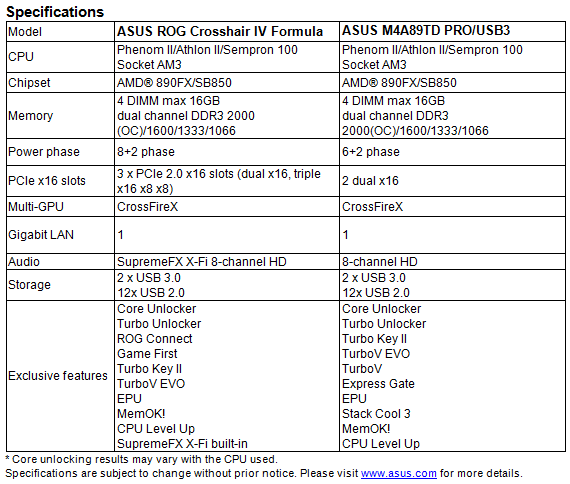