"THIS IS IT!" Long anticipated Gainward flagship finally unveils its mask. Massive die-cast alludes its potent power lying beneath it. The GeForce GTX 480 - a tribute to world enthusiastic PC gamers, thrust by revolutionary Fermi-architecture GPU (codename: GF100), with stunning realism thanks to NVIDIA PhysX & CUDA parallel computing engines implanted into gaming graphics. It is technically the world fastest DirectX11 future-proof graphics card, adopting Hollywood-grade rendering techniques - tessellation & ray-tracing, generating too-good-to-be-true geometric realism, pumping level of detail up to film-like Extreme High-Definition (XHD) image quality. What's more, "3D Vision Surround" is now supported with GF100 GPUs in SLI configuration. With wireless shutter glasses, the technology takes 3D gaming to another dimension by delivering near-realistic IMAX illusions across 3 monitors in full stereoscopic 3D. Not only the characters coming live right in front of you and debris from explosions passing by your eyebrows may scare you! The scenes are so immersive, like you've been sucked into the gaming warp. This is the way you reach
gaming nirvana! It's simply beyond your senses. 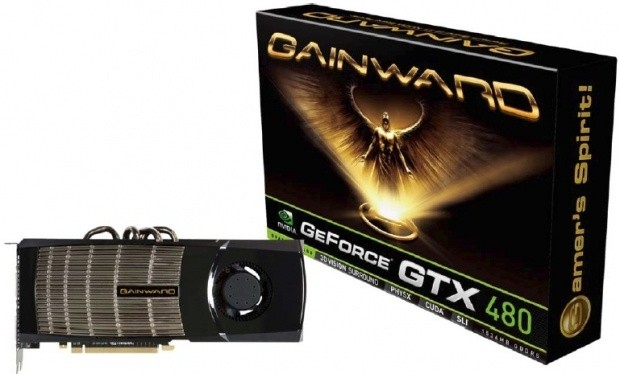 2010 is arguably the first year of 3D entertainment since James Cameron's film - Avatar, brought us to Pandora for an epic adventure. Can't wait to fly again with Neytiri! Now, March 26th, 2010, this is a day to remember in history of gaming. Gainward dark angel grants your wishes with a key - GeForce GTX 480 to open Pandora's box. You've been warned! The cinematic 3D experiences can be addicted. There is no remedy, but to play the games over and over again! 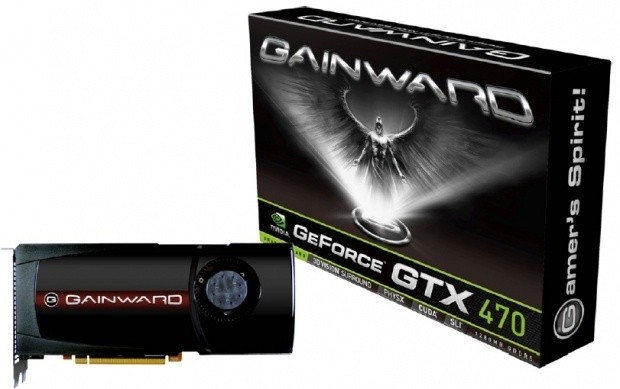 GF100 GPUs are based on scalable array of Graphics Processing Clusters (GPCs), Streaming Multiprocessors (SMs) and memory controllers. GTX 480 implements six 64bit GDDR5 memory controllers (384bit in total) to facilitate high bandwidth access to the framebuffer, with 480 CUDA cores, organized at 15 SMs of 32 cores each. Each core is a unified processor that executes vertex, pixel, geometry and compute kernels. Operating in revolutionary technologies highlighted below,

With the PolyMorph Engine, GTX 480/470 implements the world's first scalable geometry pipeline with up to 15 (14 for GTX 470) individual tessellation engines on a single GPU.

The GTX 480/470 compute architecture was designed to take NVIDIA PhysX technology to the next level - making games more lifelike than ever before with advanced effects such as turbulence and fluid dynamics.

The next generation CUDA architecture accelerates advanced gaming effects for crisper, more realistic visuals. Effects like motion blur, soft shadows, transparency, and depth of field are performed with incredible speed through full Microsoft DirectCompute support and atomic operations that execute up to 20 times faster than prior generation GPUs.

GTX 480/470 brings interactive ray tracing to the consumer market for the first time, providing a glimpse into the future of visual realism in games.

GTX 480/470 is the first GPU to deliver the performance required for high fidelity fluid simulation, and together with an improved SPH solver to incorporate high quality SPH fluid throughout game environments.

NVIDIA 3D Vision Surround enables a new level of eye-popping stereoscopic 3D gaming, expanding your real estate for the ultimate "inside-the-game" experiences. While GTX 480/470 leveraging the power of multiple GPUs in SLI configuration provide the incredible graphics horsepower to run your
games in stereoscopic 3D at full HD resolutions up to 1920x1080 across 3 panels.

Free Applications bundles: See it, Play it, Love it!

Strap yourself to a rocket - and get ready to experience serious G-forces. A great example of how combining PhysX simulation, CUDA and DX11
hardware tessellation delivers a glimpse into the future of realistic and interactive game play.

Interact with and create incredibly photo-realistic images of some of the fastest, most exclusive vehicles on (and off) the road through CUDA accelerated ray tracing. Each 3D model has an assortment of customizable parameters - so you control the look and feel of the materials, the lighting, and even the scene. Once you have satisfied your imagination, capture the moment and share the photo-realistic vehicle image with the world.<

Super LoiLoScope is a user-friendly and super-fast video editing software that utilize CUDA engine of your new GAINWARD Graphics card to its full potential. You may organize, combine multiple videos or place special effects on them up to 10X more efficient than non-CUDA graphics! Then save to various formats and watch on-the-go with your portable devices (iPod, iPhone, etc.) or to share on youTube as easy as just one-click! Download and experience 30 days trial for free. To purchase full version of Super LoiLoScope with voucher gets 25% discount (MSRP $88) special for GAINWARD valued customers. 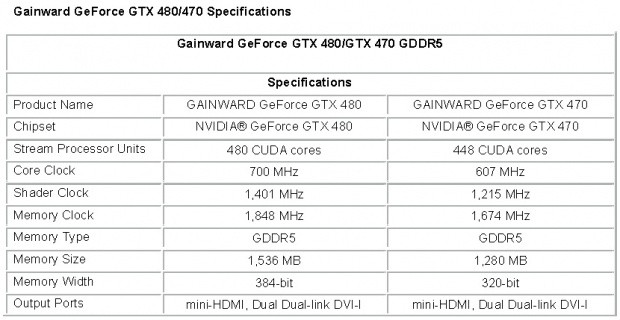 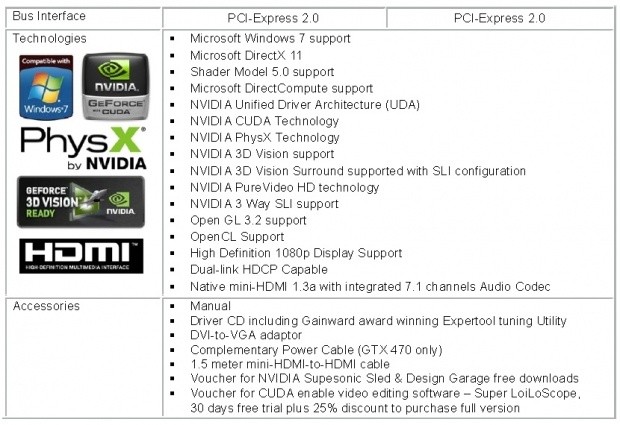 Gainward was founded in 1984 with a commitment to develop the most advanced graphics accelerators in the industry and ensuring the highest level of customer satisfaction. Received great reputation for manufacturing of leading edge products for the enthusiastic market. Gainward "Golden Sample" (GS) and "Golden Sample Goes Like Hell" (GS-GLH) are two signature synonyms for aggressive overclocked and extreme overclocked graphics cards in the gaming society. As one of the top graphics cards leading brands, Gainward continues to provide cutting edge products with excellent quality. Furthermore, Gainward brand name symbolizes our belief in gaining trusts and respects from our valued customers. With Headquarter based in Taipei, Taiwan, factory in Shenzhen, China and European Headquarter in Munich, Germany.

Gainward is ambitious to address worldwide market and cooperates closely with its globally localized channel partners.