BALTIMORE, MD - September 24th, 2019 - Versus Evil, one of the leading independent video game publishers, today announced a range of huge discounts across its entire catalogue in its 6th Anniversary Steam sale. 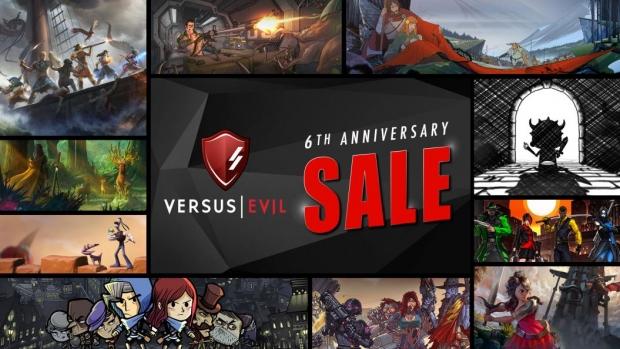 Card based strategy game Faeria is a deal with 60% off the main game and 40% off its expansion packs including Chronicles of Gagana.

Other discounts include 67% off hilarious turn based dungeon crawler Guild of Dungeoneering not to mention some great savings on its DLC packs Ice Cream Headaches and Pirates Cove.

BAFTA winning party game At Sundown:Shots in the Dark is a bargain at 50% off its RRP and a great addition to anyone's Steam library.

Fast paced digital board game Antihero is also included in the sale with 67% off and its Book Club and Armello characters packs are also a steal at 50% off. Skyshine's Bedlam can be had for a big saving of 75% off and space junk strategy game Habitat offers up a stellar 90% off.