VERTEX, well-known as the manufacturer of NEON GENESIS EVANGELION Dwell Rei Ayanami & Asuka Langley 1/6 Scale figure series, is a veteran Japanese figure manufacturer specialized in a brand of "Bishoujo" figures with a combination of colorful costumes, weapons, and cute looks. 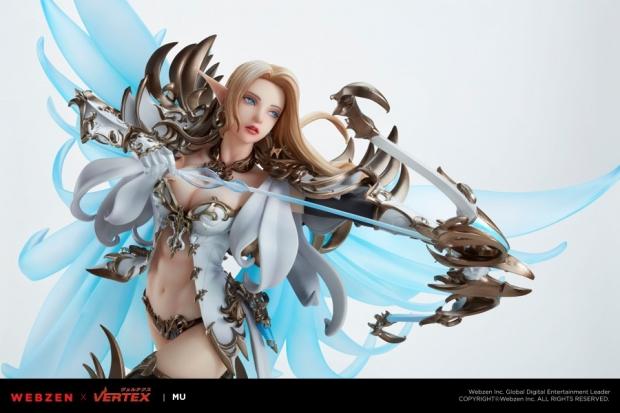 Along with the creation of the exquisite Fairy Elf sculpture by Ishiyama Yuki, renowned for his heroic imaginings of characters from ONE PIECE, VERTEX has managed all of the manufacturing and production of the Fairy Elf figure. 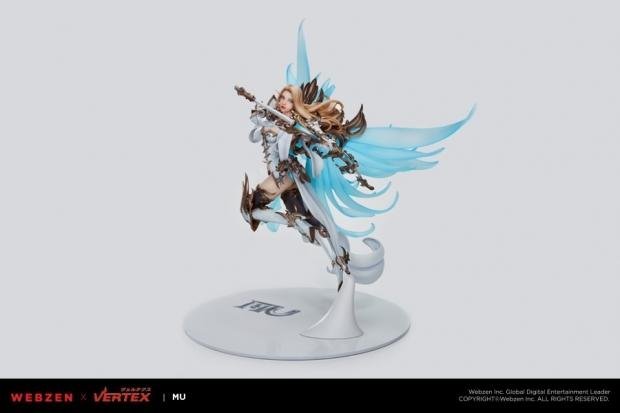 According to lore, beautiful Noria Elves were born with the gift to control the bow and crossbow with ease. By infusing their arrows with magical powers, they inflict deadly damage onto their enemies. It is because of this that they are known as the best archers in the continent of MU. The Elf character can also be found on both MU Origin and MU Origin 2, games that have brought the original "MU" title to the mobile platform. In addition to focusing on the mobile game market, WEBZEN has continued to expand by moving into the toy market through IP (Intellectual Property) collaborations for a diverse franchise of 'MU'.

To bring out the character's in-game features, including colorful wings, exquisite armor, and dynamic action poses of the original Elf character to real life, VERTEX has used digital sculpting, also known as sculpt modelling or 3D sculpting. Furthermore, one of the biggest significant features, her gleaming wings spanning 250mm, have been created using clear parts.

Starting from today, the Fairy Elf Figure is now available for pre-order from AmiAmi, the largest Bishoujo & Character figure and hobby goods shop which has been operating for over 20 years in Japan. 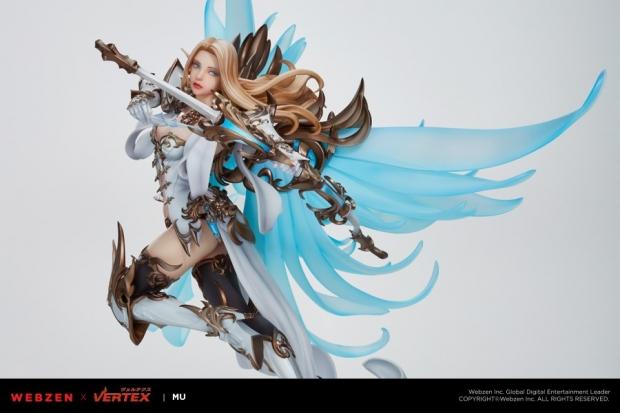 Pre-ordering of the Fairy Elf figure will be available until the 25th of November 2019, and the item is expected to ship in April 2020.

WEBZEN is currently working on diverse collaborations with potential partners to extend its reach through IP collaboration with the toy and webtoon industry.