Tripwire Interactive Will Have Maneater and Espire 1: VR Operative at PAX West for Attendees to Experience Ahead of Upcoming Launches 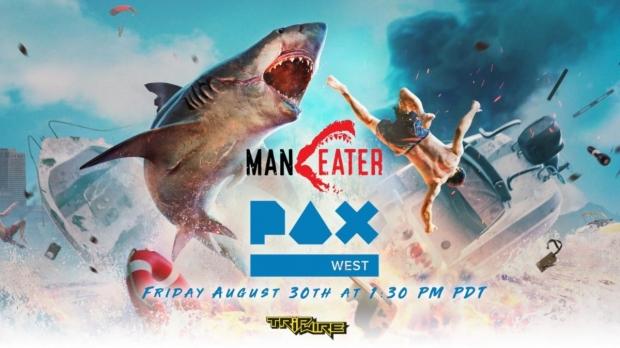 Tripwire Interactive, developers of the Killing Floor, Red Orchestra, and Rising Storm series, are heading to PAX West! Join them for the first public showing of Maneater gameplay. Previously only seen behind closed doors exclusively for members of the press, this developer-driven demo showcases Maneater's sharp, agile gameplay with developer commentary and context. Watch as the developers bite, breach, and barrage their way through a variety of underwater environments and learn about the game's Bounty System in this "tail" of retribution! Catch this gameplay and other exciting content, like insight into the development process, including the creation of character art and other unique aspects of creating a shark title, at Tripwire Interactive's PAX West panel, located in the Raven Theater at 1:30 pm, on Friday August 30.

PAX West attendees can also find Espire 1: VR Operative at The MIX on August 30 from 6:00 pm to 7:00 pm for Press and 7:00 pm to 11:00 pm for the public. Come see what all the anticipation is about in this revolutionary VR title, which introduces the control theater-a cure-all solution for motion sickness in FPS VR titles. Espire 1: VR Operative will be totally playable for the public, so come on down and enjoy this fresh take on stealth and first-person in VR! We'll be showing off the game on Oculus Rift S and Oculus Quest.

Scheduled for Friday, August 30, from 1:30 pm to 2:30 pm in the Raven Theater, Tripwire Interactive PAX West panel attendees will be seated on a first come, first served, basis. Media and content creators interested in attending Tripwire Interactive's PAX West panel are encouraged to write Tripwire@ONEPRStudio.com to reserve limited VIP seating today! On- and off-camera interview opportunities will be available after the panel.

Attendees can also look forward to Maneater swag along with other potential surprise prizes for guests. Supply will be limited, so make sure to show up early to secure a seat!

Who: Join the devs from Tripwire Interactive

Where: the Raven Theater

Who: Tripwire Interactive at the MIX

Can't make it to PAX West this year? You can still catch the Tripwire Interactive PAX West panel live on Twitch.tv. Catch the panel live on August 30 at 1:30pm PDT here.