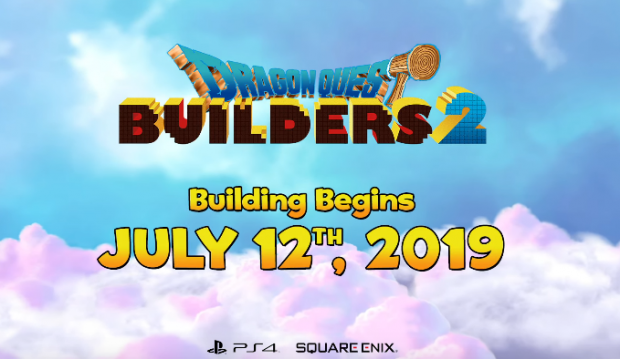 In DRAGON QUEST BUILDERS 2, players take on the role of a young apprentice builder who finds themselves washed up on the Isle of Awakening alongside Malroth, a mysterious youth suffering from amnesia. Together, the two explore different islands while developing skills to become a "Master Builder" by helping townsfolk, crafting materials and fighting off enemies.

As a follow-up to the acclaimed 2016 game DRAGON QUEST BUILDERS, the sequel introduces online multiplayer for the first time, allowing up to four friends to play together and create something truly magnificent. DRAGON QUEST BUILDERS 2 also features a plethora of upgrades, including the ability to construct bigger structures, travel by soaring, swimming and dashing, farming crops, first person mode and much more, making for an experience that is bigger, better and buildier than ever before.

DRAGON QUEST BUILDERS 2 is available now for a suggested retail price of $59.99. The Digital Deluxe version of the game is also available from the PlayStation Store for $79.99 and includes a Season Pass for three DLC packs released shortly after launch, giving access to new recipes, hairstyles, clothing and all-new areas to explore. The Season Pass is available to purchase separately starting today for $20.99. Players who acquire the Season Pass will obtain the following three packs listed below as they are released, along with in-game Designer's Sunglasses to protect their eyes from the bright sun.

All assets are available on the press site: press.na.square-enix.com.

The evil Children of Hargon are determined to eradicate all creators and have outlawed the building, cooking, and creation of all things. In an attempt to spread their destructive dogma, the calamitous cult captures the builders of the world. All hope seems to be lost until you, a young apprentice builder, manage to escape from the clutches of evil.

After washing up on the shores of the deserted Isle of Awakening, you encounter the spirited Malroth, a mysterious youth with no memory of his past. With the help of your fearless new friend, you embark on a grand adventure to gather the skills required to become a full-fledged builder, but the road you build is paved with peril. Only you can defeat the Children of Hargon, uncover the secrets of Malroth's past, and unravel the riddles of this mysterious land.