HONG KONG, July 11, 2019 - The global market leader in free-to-play multiplayer online games, Leyou Technologies Holdings Limited ("Leyou Technologies", and its subsidiaries collectively "the Group"; stock code: 1089) today announced it will collaborate with Amazon Game Studios, a division of Amazon.com Inc. (NASDAQ: AMZN) to co-develop and publish a free-to-play massively multiplayer online (MMO) game based on the milestone literary work "The Lord of the Rings", by J.R.R. Tolkien ("the Game"). No release date has been set for the game. 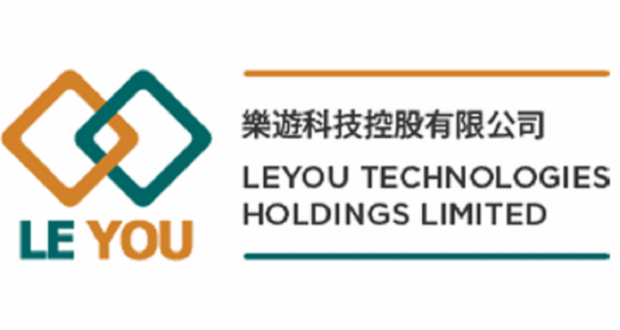 Set in the world of Middle-earthTM portrayed in "The Lord of the Rings" literary trilogy, the Game is expected to give fans around the globe a new, immersive game experience for epic exploration of the vast world of Tolkien. Leyou Technologies and Amazon Game Studios will co-develop the Game for PC and consoles.

"Bringing Middle-earth to life necessitates having the very best partners, and Amazon's customer obsession, technology, and talented teams make it the ideal choice for a co-developer and publisher," said Mr. Xu Yiran, Chairman and Chief Executive Officer of Leyou Technologies. "We believe our combined resources and expertise will result in a beautiful and compelling game that customers, will love and play for years to come."

"We're committed to bringing customers games of the highest quality, both with our own original IP as well as beloved cultural pillars like 'The Lord of the Rings'," said Mr. Christoph Hartmann, VP, Amazon Game Studios. "Tolkien's Middle-earth is one of the richest fictional worlds in history, and it gives our team of experienced MMO developers - from the same studio developing New World - tremendous opportunity to play and create. We have a strong leadership team in place to helm this new project, and we're actively growing our team to help build this incredible experience."

"Who among us hasn't wanted to take part in an epic adventure," said Mr. Fredrica Drotos, Chief Brand and Licensing Officer at Middle-earth Enterprises. "More than 60 years after the publication of 'The Fellowship of the Ring', we're delighted that Amazon Game Studios has partnered with Leyou Technologies to bring their respective expertise to build a much anticipated game that will immerse us in the beloved, epic world of Middle-earth, envisioned by Professor Tolkien."

Leyou Technologies Holdings Limited (1089.HK) is principally engaged in the development and publishing of online multiplayer PC and console video games. It is a global market leader in the market of free-to-play multiplayer online games. Leyou Technologies owns and invests in multiple world renowned AAA game development studios across the globe, including Digital Extremes and Splash Damage, and publishes several of the most successful free-to-play online multiplayer games worldwide.

Six years since the flagship product "Warframe" has got online, it maintains a top 10 ranking in all genres in terms of number of players and playtime on Steam, and has a positive review score of approximately 91% from players. In addition to the continual premium updates and improvements to its live games, Leyou Technologies also keeps on investing in the development of new products, such as "Civilization Online" and "Transformers Online".