Tokyo, JAPAN - July 4th, 2019 - CyberStep, Inc. is excited to announce the new "Boss Battle Challenge" event for GetAmped Mobile, the online action fighting game for smartphone and Nintendo Switch. Plus a new accessory, "Cosmic Peace (Claire)", has been added to the "Weekly Gacha". 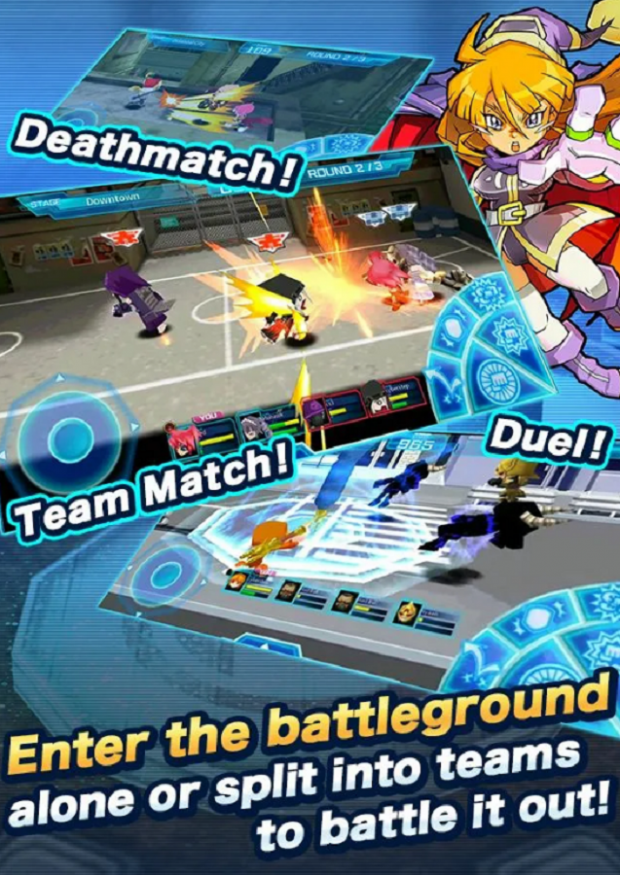 Duke it out against powerful enemies! The new "Boss Battle Challenge" event has begun.

You can participate in the "Boss Battle Challenge" by going to the lobby, then selecting "Raid" under the "Battle" menu. The bosses in these fights are incredibly strong, and you'll need to call on your allies to have any hope of winning! To clear, you'll need to complete four rounds of battles, and will be rewarded GM based on the points you get.

You get more GM than doing Deathmatches or Duels, so it's a great way to save up! In addition, you can get even more prizes from the lobby based on the amount of times you clear. So grab your friends, take on the challenge, and win big!

You can click the icon in the lobby to see the event details as well as accept your prizes.

(Subject to change based on maintenance schedule)

New accessories have been added to the "Weekly Gacha!

This week's addition is the accessory that gets stronger the more it hits: "Cosmic Peace (Claire)"! And back by popular demand, the aggressive and powerful "Shoulder Wings" make their return. Take this chance to get either one of these mighty accessories and dominate the battlefield!

A powerful war scythe that comes from a distant galaxy.

The more it cuts the more power it gains, releasing its energy in a powerful strike!

Two small prototype wings that are mounted on the shoulders.

They're capable of outputting high damage for a long period of time, despite their immense weight.

The action game with over 30 million users! Fight to the top in fiery battles!

The popular PC game, "GetAmped", with over 30 million users worldwide has come to smartphone and Nintendo Switch!

Battle it out with your rivals using endless combinations. Styles like Ninja, Superman, and Telepather, unique accessories, and over 100 different kinds of weapons!

And customize your appearance however you like with the "Skin Editor"!