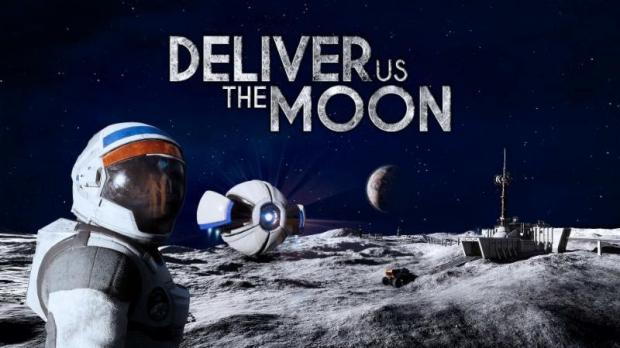 Powered by Unreal Engine 4 and including both 'Fortuna' and the as yet unreleased 'Tombaugh' story expansion, Deliver Us The Moon, is set in an apocalyptic near-future where the Earth's resources have been depleted and humanity looks to the stars. Nations band together to create the World Space Agency - an organization tasked with solving the extreme energy crisis.

The solution: colonization and exploitation of the moon's natural reserves of Helium-3 to serve the energy needs of a growing Earth population. Suddenly, and without warning, communications with the Moon cease, and the energy source is lost. Plunged into darkness and without power, years pass as world governments come together once more to embark on a new mission - to re-establish the energy supply and with it hope for the human race.

In this thrilling do-or-die adventure, prospective players are set to experience zero gravity, explore barren deserts, huge space stations and abandoned settlements on the Moon's surface. When the needs of the many outweigh the needs of the few, Earth's last hope - a lone astronaut - must be the saviour of humanity in a desolate, inhospitable environment. With a dimly lit ASE A.I. drone their only companion in the dark vacuum of space, players must piece together the events that befell a lunar colony through a narrative-driven experience unlike any other.

"With just 12 years to save the planet from irreversible climate change KeokeN's brilliant narrative cuts close to the bone." Said Leo Zullo, Managing Director, Wired Productions, "2019 marks half a century since the first moon landings, a great celebration of exploration alongside a backdrop of private enterprise embarking on a new space race - with exploitation at the forefront."

"Reaching your game's full potential and getting it out there on the market is tough. The games industry is a wasteland filled with cowboys, and in this landscape it's hard to find honest, passionate, real and hardworking people that are able to make the difference for your product. That is exactly why we found home in the UK with the great folks at Wired Productions," said Koen Deetman, Game Director at KeokeN Interactive.

Wired Productions is an award-winning video games publisher based in Watford, UK. Wired has produced and published award-winning titles across all major platforms. Bringing games to market in both physical and digital media, notable launches to date include Close to the Sun, GRIP: Combat Racing, Victor Vran: Overkill Edition, Max: The Curse of Brotherhood and The Town of Light.