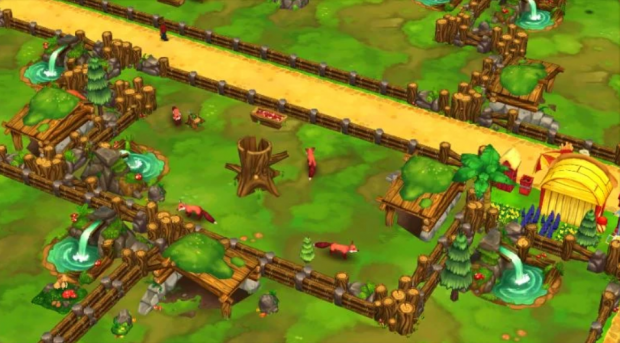 The numbers show the popularity of Zoo 2: Animal Park among players: Within four months only the downloads and registrations jumped from three million to by now five million users!

More and more animal fans want to create their own 3D zoo and discover the exciting stories concerning Trude's animal park. Already 80 different animal species are available in Zoo 2: Animal Park (https://en.upjers.com/zoo-2-animal-park); and there are more to come thanks to the regular, almost weekly updates - which also include gripping events.

The immense growth of players proves the developer team, that the gaming app is on its best way to celebrate many more achievements. Numerous new game content should ensure the cult status for Zoo 2: Animal Park in the future.

Started as an app in April 2018, Zoo 2: Animal Park (https://en.upjers.com/zoo-2-animal-park) became a big hit in app stores within a few months. The cute zoo animals in 3D, that actually interact with the player, found a huge spot in the hearts of upjers' community and managed to delight many new players additionally. By now the Gaming App crossed the mark of three million downloads. As a cross-platform game it is also available for browsers.

upjers (en.upjers.com) proves best, that becoming a successful Developers Studio by starting a hobby project is not just a dream. The company is now one of the leading developers and publishers for browser games and apps in Germany with more than 100 employees at the Bamberg headquarters. More than 100 million players worldwide have registered for an upjers game, and upjers apps boast over 10 million downloads. Even on Steam and Amazon you can find upjers' games in a wide range of genres starting from tycoon games via economy simulations through to strategy games.