Lesquin, May 6th, 2019 - This May, two major names in international tennis will be swelling the ranks of Tennis World Tour Roland-Garros Edition, bringing the number of ATP and WTA stars available in the game to 33. 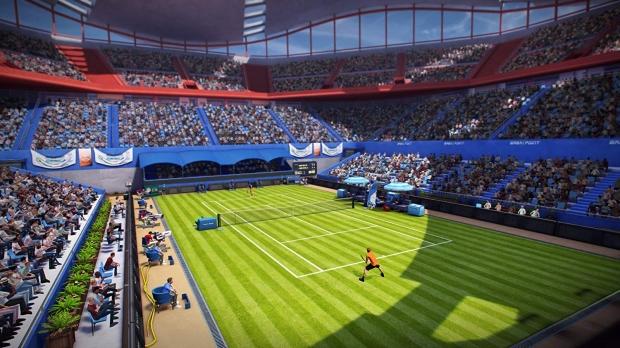 Players can step into the shoes of Rafael Nadal, 11-time winner of Roland-Garros, and Kristina Mladenovic, a French player ranked amongst the top 50 in the world, for matches on the clay courts of Roland-Garros.

To achieve the level of realism players have come to expect, Bigben and Break Point studio used motion capture to record the signature movements of top players. This means you can experience Mladenovic's powerful serve and Nadal's looping forehand, along with the latter's unique serve preparation.IEW THE TRAI

Tennis World Tour Roland-Garros Edition provides an optimized playing experience and even more content. On all types of surfaces, and especially on the legendary clay courts of Roland-Garros, players take on the biggest stars in world tennis, such as Rafael Nadal, Roger Federer and Gael Monfils.

Tennis World Tour - Roland-Garros Edition will be available in May 20, 2019 on PlayStation 4, Xbox One, Nintendo Switch and PC.

Bigben is a major player in video game publishing, in the design and distribution of smartphone and gaming accessories as well as furnishing customized audio products. Known for its innovation and creativity, the company group aims to become a leader in each of its industries. For more information about Bigben: www.bigben.fr

Breakpoint is a video game development studio dedicated to sport. Created by industry veterans, the team includes several experts who have in particular participated in the development of the Top Spin series, as well as sport consultants, professional players and top-level coaches.

In the eyes of sports fans, and indeed the general public, the Roland Garros tournament is an unmissable event that enjoys immense prestige. The 2018 French Open attracted more than 480,000 spectators and was broadcast in 223 countries worldwide, confirming the tournament's status as a first-class international sporting event. Organized by the French Tennis Federation, Roland Garros is the only Grand Slam tournament to be played on clay, one of the oldest and most noble surfaces in the history of tennis.

Maximum Games is the fastest growing top 20 full-service publisher in the industry today. We curate and deliver quality titles across all major platforms and global markets. With a team of passionate gamers and industry veterans, we have the skills, knowledge, experience and the resources to ensure all titles regardless of size reach their audience. Our never-ending pursuit to seek out passionate partners and great titles has enabled us to deliver truly unique gaming experiences to the masses. For more information about Maximum Games, visit www.maximumgames.com