STOCKHOLM - 25 April 2019 - Alexander is dead, and his generals now fight over his legacy and empire. To the east, Chandragupta has established dominion over much of India. To the west, the commercial republic of Carthage and martial republic of Rome are on a collision course for control of their half of the Mediterranean. And, far from the cities of coastal empires, fierce tribes of what the Greeks call "barbarians" follow their own paths. 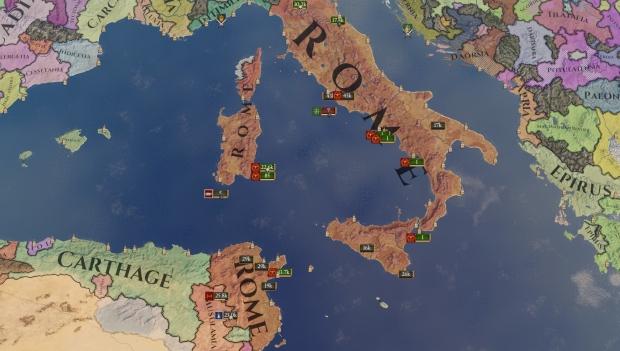 Get ready to dive into the epic conquests and geopolitical drama of the classical world in Imperator: Rome, a new grand strategy game from Paradox Development Studio available now for $39.99 at major online retailers.

Choose from hundreds of republics, monarchies and tribal regimes and guide your nation to eternal glory. Will you repeat history and lead Rome to empire and glory? Or will you defy the fates and unite the Hellenistic Kingdoms under one crown? Can Carthage resist destruction, or will old Cato's demand for its total destruction be fulfilled again?

The features of Imperator: Rome include:

Be a Hannibal. Be a Ptolemy. Be a Caesar. The riches and majesty of the ancient Mediterranean are yours for the taking. Seize the day! https://www.paradoxplaza.com/imperator-rome/IMIM01GSK0000001-MASTER.html

Paradox's head offices are located in Stockholm, Sweden. Our development studios are located in Stockholm, MalmÃƒÆ'Ã,Â¶ and UmeÃƒÆ'Ã,Â¥, Sweden, in Delft, The Netherlands, in Seattle, Washington, and in Berkeley, California. We share a passion for gaming and gamers, and our goal is to provide deep and challenging games with hours of gameplay and endless variety to our ever-growing community.