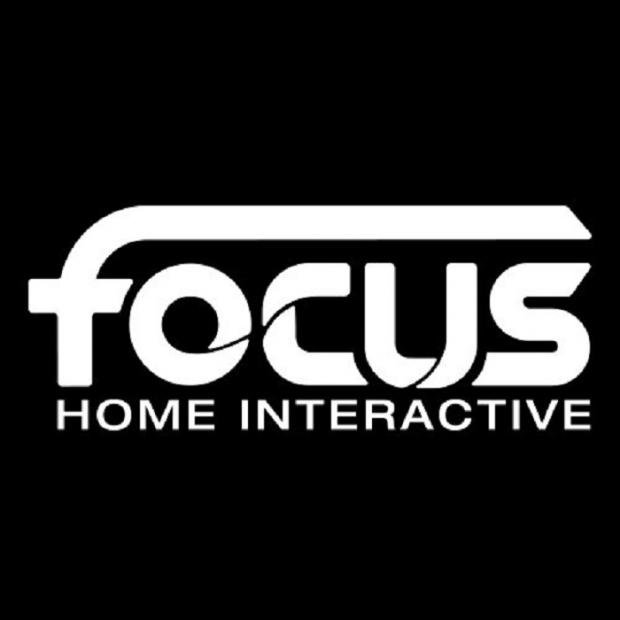 Thanks to successful launches of titles such as Vampyr, ongoing operation of the MudRunner (American Wilds) franchise, and its highly successful back-catalogue, the Group generated revenue for the full year 2018-19 of 126m.

A record year for the Group This fourth quarter underlines a remarkable year for the Group as a whole, which once again demonstrated its breadth of expertise in establishing successful new brands in an ultra- competitive market and continuing generate profits from strong product licences.

The year got off to an excellent start with the release of DONTNOD studio's Vampyr, which met with worldwide commercial and critical success, and sold more than one million copies. The

Group recently announced the renewal of its partnership with DONTNOD for a project that promises to be the most ambitious to date for both players.

Focus also generated record sales from Farming Simulator 19, which has sold more than two million copies to date and tops best-seller rankings in various countries around the globe. The "Farming" experience will be enriched over the coming months with the release of several additional content items and a new Switch version.

On the tails of the success of the million seller MudRunner, this year saw the release of an American Wilds edition offering further enhancements to this ultimate off-road experience. New content, new American settings, and well-known vehicle have attracted a growing and loyal audience base to this Saber franchise.

Over the fiscal year, the back-catalogue accounts for 25% of total sales, with 90% of sales now generated internationally and digital sales representing 66%.

A very promising 2019-20 catalogue Fiscal year 2019-20 kicked off with the launch of Saber's World War Z, adapted from the Paramount film of the same name, which immediately topped best-seller lists worldwide, attracting more than one million players less than a week after release. The highly awaited and innovative A Plague Tale: Innocence by Asobo is due for release next month; this dark but poetic game has already won over journalists around the world during media tests.

The year-end will bring the release of blockbusters such as GreedFall and eagerly awaited sequels The Surge 2 and MudRunner 2 developed by Spiders, Deck13 and Saber respectively, which have already garnered a huge following. These were presented to the global media at the Focus What's Next 2019 event held on 10 and 11 April, where they impressed journalists and visitors alike.

What's Next 2019 - Looking to the future Held in the heart of Paris, the Group's annual What's Next event brought together global media, studios, and partners over two days to reveal more details of the Focus 2019 catalogue. Following announcements on the Group's strategy, attendants discovered 12 new partnerships signed by Focus for titles that will be developed and released over the next three years.

Focus is proud to renew key partnerships with talented players such as DONTNOD Entertainment (Vampyr), SABER Interactive (MudRunner, World War Z), DECK13 (The Surge), ASOBO (A Plague Tale), STREUM ON (Space Hulk: Deathwing), and PASSTECH Games (Space Run). It will embark on new partnerships with industry veterans such as SUMO Digital (Eve: Valkyrie), GASKET Games (former members of Relic Games- Dawn of War), and promising new studios such as LIMESTONE Games and LIGHTBULB Crew. The Group also announced an agreement with historical partner Games Workshop for the development of three new Warhammer games, and a partnership with Chaosium for the exclusive operation of a series of Call of Cthulhu video games over the next ten years.

Focus Home Interactive is a French publisher based in Paris, France. Known for the quality, diversity and originality of its catalogue, Focus has published and distributed original titles (Vampyr, Farming Simulator, Call of Cthulhu, Insurgency: Sandstorm) that have become benchmark titles worldwide, available both in store and for download across the world. Focus publishes games on all major platforms, consoles and PC. The publisher's catalogue will get even richer in the coming months and years with eagerly awaited games such as A Plague Tale: Innocence, World War Z, The Surge 2, MudRunner 2, GreedFall and many more. The Group generated revenues of Ã¢,Â¬126m in 2018-19. FOCUS HOME INTERACTIVE generates 90% of its sales internationally.