(Katowice, Poland | Apr. 23, 2019) - Jujubee's New Diving Simulator Has Just Received Its Release Date! The Underwater World Is Yours to Explore on May 27! 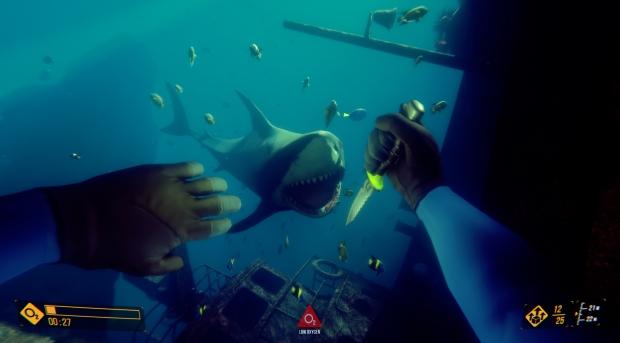 Polish developer Jujubee S.A. has just revealed that its new Deep Diving Simulator game is scheduled for launch on May 27, 2019. The game will offer a satisfying diving experience for the players and it will be available for the PC.

The developers want to show the beautiful and mysterious underwater world that even to this day remains mostly undiscovered while reminding the extreme situations a professional diver has to face. Breathtaking locations filled with vivid sea life will welcome the adventurer who will have to use various tools to achieve his diving goals.

A friendly professor asks the player for assistance in retrieving various objects from the depths of the seas and oceans. This simple task, however, could be the one that will lead them to the lost city of Atlantis. Each diving location has its own challenges that the player must overcome to be successful, not to mention that roaming sharks or wandering rays may dislike the player's presence.

An important aspect of the game is the educational value in its gameplay. For example, the player on his journey will witness a location that has been destroyed by pollution resulting in species desperately trying to adapt to the human interference. However, the player will have the option to remedy the damage by saving turtles that have been caught in nets or by using a tool to clean fish flocks from harmful substances. It is up to the player to decide whether he really wants to assist the sea life.

The game's score has been composed by Adam Skorupa, known for creating mesmerizing songs in The Witcher series, Ancestors: Legacy, Bulletstorm, and more. The developers are currently focusing on the PC version, however, they have expressed their interest in releasing Deep Diving Simulator on the Mac, consoles, and VR in the near future.

Jujubee S.A. is a game development studio that has released titles like "FLASHOUT 3D", "Suspect in Sight", "Take Off - The Flight Simulator", the real-time strategy game "Realpolitiks", "Truck Simulation 19", the documentary-adventure game "KURSK" and the upcoming "Deep Diving Simulator". The company's goal is to create inspiring and unconventional games for all significant device platforms, such as iOS (iPhone, iPod, iPad), Android, Mac, PC and consoles. Jujubee is a publicly traded company on NewConnect (JJB).