Stardock is pleased to announce that its new massive-scale tower defense game, Siege of Centauri, is now in Steam Early Access. Early Access is designed to allow fans of the genre to get early input into game mechanics, pacing, and balance. 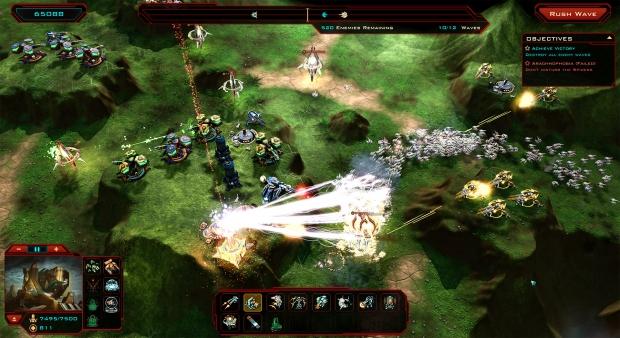 "With tens of thousands of enemy machines pouring toward your base, we want to give players a very new experience of what it means to defend themselves against overwhelming odds," said lead designer Derek Paxton. "The benefits between a rail gun that fires one deadly round every ten seconds and a high-speed plasma arc array that does low damage, but to dozens of enemies at once is obvious to players, especially when they see a huge mothership surrounded by hundreds of escorts coming at them."

The veteran strategy game developer is also incorporating some strategic elements to the genre, such as defending resources and deploying fast response teams to battle, providing players with difficult choices about which areas to defend and which areas to let go.

In the early access period for Siege of Centauri, players will:

Early Access starts today, and the game is available on Steam for $9.99 or at www.siegeofcentauri.com.

If you have any additional questions, would like a game key, or want to set up an interview regarding the game's development, please don't hesitate to reach out to me. You can find more assets in our Press Kit page.