The Cold War is cold no more. NATO countries are facing their Warsaw Pact counterparts right in the middle of Europe, furiously fighting to control the Fulda-Gap and close key-locations. 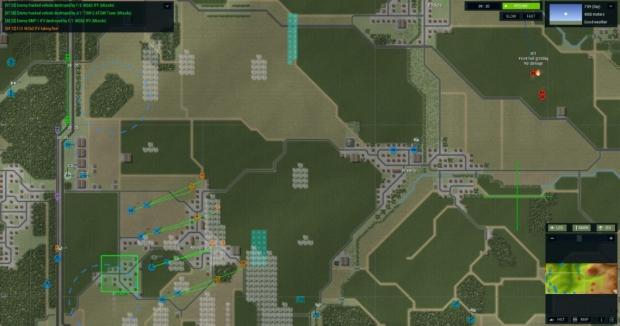 But Germany is not the only European Front where the Soviet High Command is looking to overcome the West resistance. On the south, a century-old hot border is ready to erupt into fire. Yugoslavia, although not a "Soviet" state, is willing to take advantage of the chaos in which the totality of Western Nations have been embroiled. Their eyes run along the Italian border and the important port of Trieste, the acquisition of which could be of immense value for its economy. The JNA (Yugoslav People's Army) is equipped with hardware of high efficiency and it is not afraid to use it on its old enemy.

Italy, even if marked by endemic inner political weaknesses, is not blind to the Yugoslavian claims and military maneuvers. Its Army is not the inefficient and burdened system that collapsed in WWII. Being a member of NATO and of the EEC has brought enormous economic advantages and its Army has benefitted from decades of renovation and training in Europe and in military operations abroad. Will the plains of Italy be the next battleground in the war that could end everything?

But there is more! Since its release in November, Armored Brigade gathered enormous attention from the players' community due to its flexibility, wide range of units and factions combined with a seldom-seen realism. To further improve the players' experience, together with the Nation Pack DLC developers will release a totally free update featuring the Campaign Generator tool. it will allow to carry over your units from battle to battle following different geographic locations depending on your victory outcomes.