Hamburg, Germany, 3rd April, 2019 - Daedalic Entertainment is delighted to announce that the fan-favourite adventure game Silence is out now on Nintendo Switch. 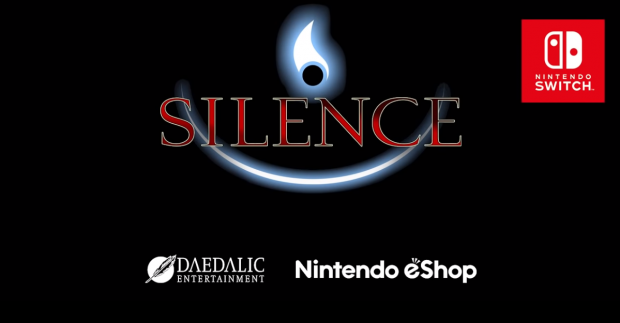 Check out the launch trailer here:

Silence is a beautifully animated adventure about 16-year-old Noah and his little sister Renie, who are cast from the real-world during an air raid and flung into a magical realm stuck between life and death. This conflicted dimension, full of colourful characters, twisted monsters and sights that push the boundaries of reality, is stuck in a state of war against dark creatures haunting towns and cities, with only a small band of rebels standing in the way of utter anarchy.

"Silence is one of the most popular adventure games we've ever created, so bringing it to the Nintendo Switch was a no-brainer for us," explained Daedalic CEO Carsten Fichtelmann. "We're excited for the Switch's substantial adventure-game-loving audience to finally get to experience Silence's enchanting mix of colour and personality."

Assets can be found here: https://bit.ly/2FLbuCo

Daedalic Entertainment publishes and develops high-quality games for all platforms. The company has a diverse line-up and offers a variety of high-quality titles, from classic adventure to strategy games, multiplayer games and RPGs. Since May 2014, Daedalic is part of the Bastei LÃ¼bbe group of companies.

Based in Hamburg, Germany, Daedalic is one of Europe's most acclaimed publishers and developers. With a total of 32 awards in the German Developers Awards (including multiple accolades for "Studio of the Year") and 11 German Computer Game Awards for genre-defining games such as Deponia, Edna & Harvey, Silence, Shadow Tactics: Blades of the Shogun, Ken Follett's The Pillars of the Earth, The Long Journey Home, and State of Mind, Daedalic is record holder for the two most prestigious games awards in Germany.

With more than 80 employees, Daedalic is currently developing a new line-up of innovative games across consoles, PC and mobile platforms.