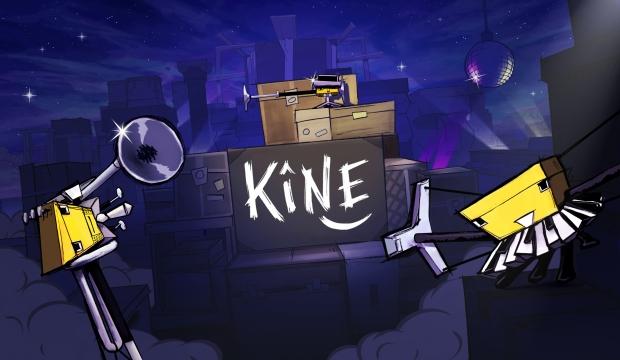 "I'm very excited to work with Epic!" said Gwen Frey. "Offering streamers a revenue share if they help sell a game will encourage people to stream a wider variety of games. I think this will be a huge benefit for indies! I'm very excited for Kine to play a part in that initiative."

Kine is a 3D puzzle game about three whimsical machines that aspire to be musicians. Embark across a theatrically rendered cityscape by solving increasingly difficult 3D puzzles. Guide Euler, Quat, and Roo as they struggle to form a band and find their big break!

Gwen has spent 2 years crafting Kine as a solo passion project. She started out working in her off-hours after her day job, and then progressed to working on it part time. In September she officially left her studio and founded Chump Squad LLC in order to focus full time on Kine's development. This year she's no longer a solo developer! Gwen has hired a superstar art team to help her polish and finish the game.

Before Kine, Gwen worked as a senior technical animator on BioShock Infinite, the BioShock Infinite DLCs, and Marvel Heroes Online. Five years ago Gwen co-founded indie studio The Molasses Flood where she was the CFO. She was one of six developers and the sole animator on their debut game "The Flame in The Flood." She is passionate about both making games and sharing the development process with others. Gwen regularly live streams indie game development on Twitch (@direGoldfish) and co-hosts game development podcast "The Dialog Box."