Classically Informed Blast from the Future Fighting Merciless Robots in 2019

Publisher The Arcade Crew today announce with developer Joymasher that Blazing Chrome, the co-op fight to save Earth from an impending hellish rule of AI which would feel right at home in any arcade, will reach Xbox One in addition to the already announced Nintendo Switch, PlayStation 4 and PC this spring. 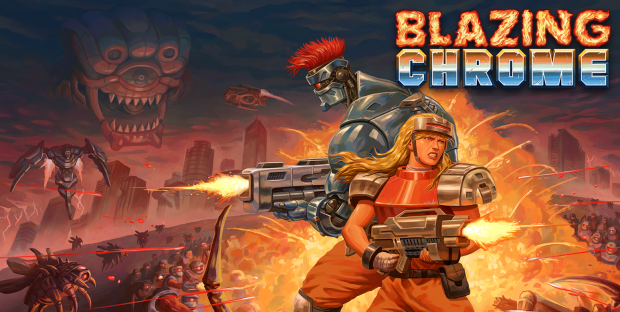 Blazing Chrome harkens the golden days of old school side-scrolling shooters with intense, bullet-riddled screens of action that's still easy to pick up and immediately understand. Players set out with a friend or Rambo style to clear hordes of killer robots in a retro-inspired vision of Earth's downfall, wielding a suite of cutting-edge weaponry, awesome vehicles including hover bikes and mechs, and an unending stash of ammo against the world's greatest threat.