LOS ANGELES (Feb. 6, 2019) - FINAL FANTASY XIV: Shadowbringers is available for pre-order today beginning at 11:00 AM PT ahead of its scheduled release on July 2, 2019. The third major expansion for the award-winning MMO with over 14 million registered players will be available physically and digitally in both a Collector's and Standard Edition. 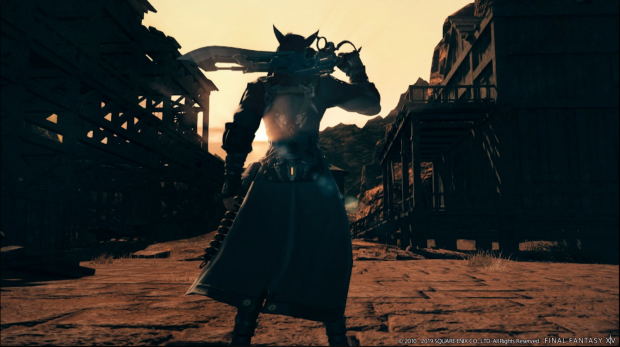 Players may pre-order all versions of Shadowbringers at the official pre-order website here: https://sqex.link/0ef9d

Players who pre-order either edition of Shadowbringers will be eligible to receive exclusive in-game items, which are planned for distribution beginning March 1, 2019 at 12:01 a.m. (PT):

Pre-ordering will also allow users to enjoy early access to Shadowbringers ahead of the official release. Early Access is scheduled to begin on June 28, 20191

A new extended teaser trailer released during the FINAL FANTASY XIV Fan Festival 2019 in Paris this past weekend and additional information is available on the official Shadowbringers site: https://sqex.link/SbStkg

FINAL FANTASY XIV: Shadowbringers is scheduled for release on July 2, 2019 and will take fans on new adventures to battle against threats to the realm as they become the Warrior of Darkness. Players can also look forward to numerous new features in Shadowbringers:

Adventure in Dungeons with Familiar NPC Allies in Shadowbringers

The FINAL FANTASY XIV Online Starter Edition for PC-including 30 days of subscription time-is now included with Twitch Prime2 through May 3, 2019. Complete details on this promotion, including instructions on code redemption are available here: www.twitchprime.com.

Additional information on Shadowbringers is set to be revealed at the Tokyo stop of the 2018-2019 Fan Festival tour on March 23-24, 2019. All Fan Festival events will be streamed free of charge on the official FINAL FANTASY XIV Twitch channel: https://www.twitch.tv/finalfantasyxiv