Tokyo, Japan - After a successful Kickstarter in 2016 to fund Bloody Chronicles, indie developer Igrasil Studio has released the gritty, crime thriller visual novel on Steam. On sale as an "Early Access" title, players can experience all the currently available content while providing feedback directly to Igrasil Studio as they perfect various elements of the game's final version.. 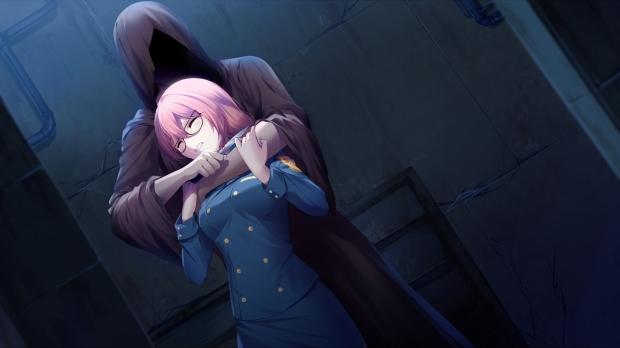 A serial killer is on the loose and only you can stop the Phantom! The story focuses on Koyama Kazuki, a young detective employed by Igrasil, an agency that investigates murders that the authorities have deemed unsolvable. While working on several, seemingly unrelated cases, you'll find clues pointing to the person who killed Kazuki's parents. Can you stop this new cycle of death before it's too late?

With a delightfully quirky cast, players will form bonds with the main characters while trying to solve the overarching case of the Phantom Killer, a criminal with a flawless track record.

With around 30 hours playtime and dialogue partially voiced in English, Bloody Chronicles is divided into five action-packed chapters. Throughout your pursuit of the Phantom Killer, you must make several decisions that will determine the novel's outcome. Players that enjoy replay value can expect around 70 possible decisions to explore, some of which will even influence Kazuki's "romantic" relationships with his female colleagues at Igrasil.

Bloody Chronicles is appropriate for all ages, but there will be adult content available for players who wish to experience those aspects of the story. Four unlockable episodes called "IF MODE" are releasing soon that will contain the mature content and feature Igrasil members Aki, Suzumi, Kaoru, and Akito. Releasing alongside that, will be a beach-themed episode offering plenty of fan service.

Later on, and closing out the series, Bloody Chronicles Acts 2 & 3 will be released.

Players who purchase Bloody Chronicles on Steam from now until December 21st can enjoy a 20% discount off the retail price: https://store.steampowered.com/app/455310/Bloody_Chronicles__New_Cycle_of_Death/

Igrasil Studio is also running several giveaways that include keys and special physical items. For more info and to participate, please follow them on social media: