Moscow - December 11, 2018 - With the announcement of their flagship title, Population Zero, Enplex Games promises to reimagine the foundations of the survival MMO genre. With hundreds of players on a single server, real meaningful character progression, an in-depth narrative, and a rich vibrant and changing world driven by the players' actions, Population Zero will raise the bar for what it means to be a multiplayer survival experience. Enplex Games is a studio comprised of dozens of online gaming veterans from Wargaming, Mail.Ru, Walt Disney, Nival and many more. 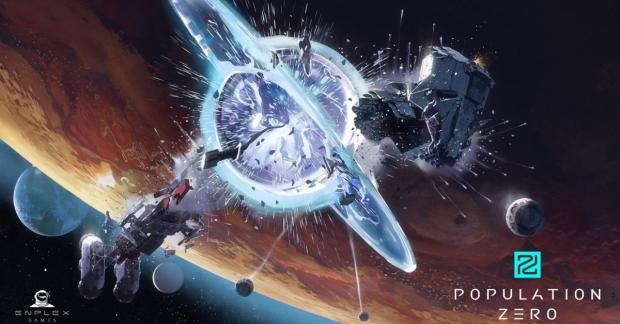 "From the moment we started working on Population Zero, the game has been through many phases of concept and refining. We are finally able to show the first fruits of what we planned two years ago to the players and in the coming weeks and months, we will start revealing in-depth the main game features. 2019 is going to be a very exciting year for us and for the project since we plan to push the PZ to Open Beta and release soon after that." - Vladimir Makarichev, Executive Producer

Population Zero is a distinctive blend of survival and MMO set on the planet Kepler, an alien world far on the periphery of mankind's own knowledge. As with all frontiers, the world will resist those who try to explore it, plumb it for resources, and vie to uncover its secrets. The creatures that inhabit Kepler will become for the player not just a source of valuable resources, but clever and skillful enemies, each of which is unique in its behavior and abilities and has its own role in the ecosystem of the planet.

Research a plethora of technologies to drive you and your faction's fortunes higher. Uncover a deeply shrouded mystery of the world before you arrived. Develop your character to be unique among the thousands, in a world where the actions you take drive your progress in a multitude of skills. Population Zero is a survival game unlike any other, an MMO different from those before it, and an experience that will bring friends closer together over the shared goal of exploring and conquering the new frontier.

Founders Packs are on sale now, guaranteeing access to Alpha and Beta testing as the game pushes towards its commercial launch in late 2019. Unlike many survival games, Population Zero will not be an Early Access title, instead opting for true alpha and beta testing before a real launch where everyone can begin on equal footing in the new alien frontier.

Players can sign up now to be kept up-to-date on all things Population Zero, and sign up for a chance to join the Alpha, which is scheduled to begin in January 2019.