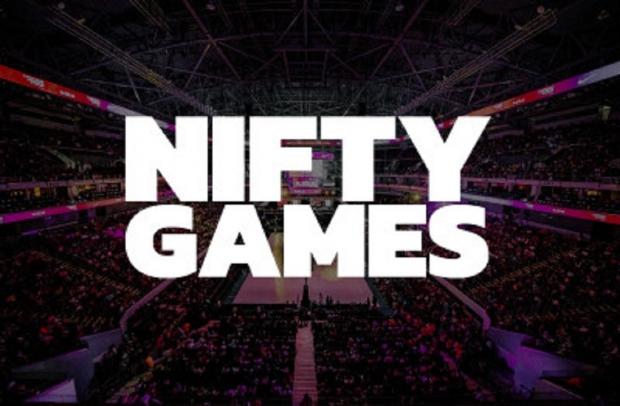 The founding investors include many notable names from the investment, professional sports and gaming communities, including: esports and video game investment leader aXiomatic Gaming and venture capital firms March Capital Partners and Defy.VC.

Commenting on the formation of Nifty Games, Jon Middleton, Founder & CEO said, "We've built Nifty Games to create innovative sports games for today's sports fans. The talent and experience on the team is second to none, and we believe our unique product direction and focus on quality will deliver a step change in mobile gaming to sports fans worldwide. It's a great vote of confidence to have the support of such highly regarded investors in our initial equity financing. With investment from team owners from all five major North American pro sports leagues, as well as successful game industry leaders and institutional tech investors, we're off to a great start."

"We're thrilled to invest in Nifty Games as they aim to capture the attention of traditional sports fans who have become disengaged and frustrated with the current state of sports simulations in video games," said Gregory Milken, Managing Director, March Capital Partners. "We see the tremendous value in offering an engaging mobile gaming experience that features short session arcade play along with the sports that players love."

The management team has delivered hugely successful AAA original IP and licensed properties to market, delivering over $1B in revenue. Management of Nifty Games include:

Mr. Middleton, a gaming industry veteran of over 20 years, has held executive leadership roles in digital content (Madefire) within game publishing (Pulse Entertainment) and game hardware (Mad Catz Interactive). He was formerly founder & CEO of Boom In-Game Music, which was acquired by LiveGamer Inc in 2008. Prior to that, he co-founded Massive In-Game Advertising which was acquired by Microsoft in 2006. Before forming Massive, Middleton was CEO of Eight Cylinders Inc., a game and broadband content authoring tools company acquired by On2.com in 2000 and subsequently Google.

With over 20 years in production and publishing, Mr. Wasson has held leadership roles at EA, Konami, LucasArts, Kabam, and Wargaming. He has shipped dozens of AAA and free-to-play games, with expertise managing internal and external development teams around the globe.

Ms. Lin has held senior marketing and brand management positions at major entertainment and gaming companies such as Electronic Arts, Disney / ABC Television Group, THQ and Jam City. Throughout her career she has launched console and mobile games for world-class brands including The Simpsons, Family Guy, Marvel, Disney / Pixar, and the Ultimate Fighting Championship.

Ms. McElwee has worked in technology and games finance for over 20 years. Her past experience includes serving as CFO for 3DO, Telltale Games and Campo Santo.

Additional information is available at: www.nifty.games