DARK ECLIPSE, the first-ever MOBA for PlayStation VR (PS VR), just became even more competitive with a major 2.0 update that introduces an official Ranked Mode with a global leaderboard, along with fine-tuned, skill-based matchmaking and three new playable characters. 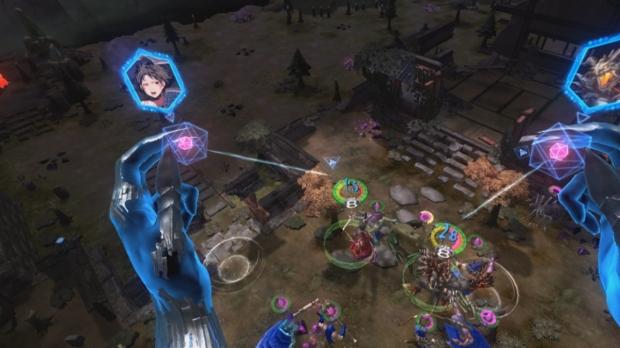 DARK ECLIPSE's Ranked Mode identifies and pits two combatants of similar skill against each other in intense battles. In addition to head-to-head matchups, players can now battle for the crowning spot on a global leaderboard showcasing the top 100 players.

"Our passionate community already knows there's still nothing else quite like DARK ECLIPSE in VR right now, and we want to continue providing tools like Ranked Mode to keep our VR MOBA as fresh as possible," said Shohei Sakakibara, Producer and Project Leader at SUNSOFT. "As MOBAs are an inherently competitive genre, the focus of this major update is to further foster and enhance competition in DARK ECLIPSE by allowing players to see how they stack up against other dedicated fans with our global leaderboard."

As a special bonus, any player owning at least two Heroes and four Dominators can challenge others in the new Ranked Mode and battle their ways towards unlocking a premium hand-skin exclusive to those achieving the Gold ranking or above.

DARK ECLIPSE is available now to download for free on the PlayStation 4 Store. The game is rated T for Teen by the ESRB and is playable with either DUALSHOCK 4 or two PlayStation Move controllers.