Developer Moi Rai Games is excited to announce that the Kickstarter campaign for its debut game, Monster Sanctuary, is now entering its final 48 hours. Monster Sanctuary is the creation of solo independent developer, Denis Sinner, a veteran game developer who has previously worked on the Might and Magic and Tropico series. 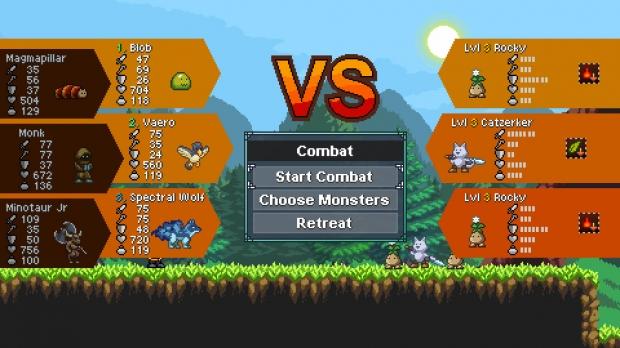 Collect, train and battle monsters in a lovely side-view pixel world. Monster Sanctuary combines two genres of monster-taming RPG and Metroidvania in a unique way. The new monsters you encounter and hatch will allow you to overcome obstacles to explore new areas and find hidden treasures, as well as opening up additional strategic options in turn-based combat, which is focused on team synergy and combos.

So far, the game has reached 400% of its funding goal on Kickstarter, smashing multiple stretch goals but there's still time left to support the game. One of those stretch goals met so far is for a Nintendo Switch port of the game, after the PC release. However, Moi Rai Games will release on both platforms at the same time if the game achieves its final stretch goal of 100.000 Ã¢,Â¬, which will also add in an online multiplayer PvP game mode.

You can help support Monster Sanctuary by checking out its Kickstarter campaign, which is running until Thursday 22nd of November 2018, 17:00 EST. A demo is also available to download via Steam, allowing players to experience this charming game for free.