Helsinki, FI and Melbourne, AU - Nov. 15, 2018 - Hey you, the blokes and sheilas at Convict Games have just released a free demo for STONE and their first update for their interactive story. Players can play the opening 3 chapters of the stoner noir in the free demo out now and the full game has also been updated in "Update 001". 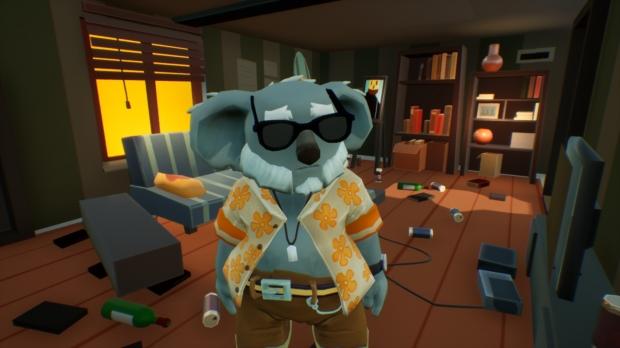 On the world map now, there is a location called the "Record Shop" where players can freely play STONE's acclaimed soundtrack of hip hop, techno, rock and experimental pop. Along with the cinema being updated with a full screen experience along with other fixes and tweaks. STONE will be updated more in the future and players can expect more news on Update 002 soon.

"STONE players will be getting more free updates ahead, and we can't wait for players to jump in and explore our updates so far. For new players our free 3 chapter demo will be a great way to get a taste of what we've created"

"Our goal at Convict is to tell high impact and alternative stories that fuse cinema, music, art, tv and the best aspects of videogame and cinematic storytelling"

Follow the story, dance, smoke, make beats, drink yourself blurry or go to the cinema

In STONE players can also indulge in several other 'stoner-inspired' activities. Chop up funky beats on a MIDI pad, have a drink and a smoke, groove to some underground techno, and even watch full-length public domain classic films such as Night of the Living Dead and Haxan: Witchcraft Through the Ages at Oldtown's cinema. You can even rile up a few folks at the local bar by blasting some bumps-in-the-whip hip-hop that's sure to send them into a "music was better back then" frenzy.

STONE's soundtrack features a diverse list of genres such as hip-hop, stoner metal and house techno that accentuates the moods layered throughout the game's story. Players can enjoy STONE's heavily-curated soundtrack of licensed tracks from upcoming indie artists as they explore Oldtown. With artists including Ryan Little, Ilkka S, Color Dolor, Noah Kin, Warchief and many more. Here's the Soundcloud playlist of the official soundtrack:https://soundcloud.com/user-549054567/sets/stone-official-soundtrack