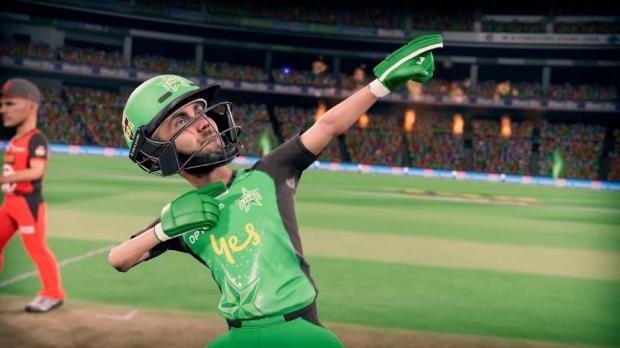 Melbourne, 14 Nov: Big Ant Studios, in collaboration with Cricket Australia, is thrilled to present the first gameplay footage for its upcoming Big Bash Boom title, the official console game of the KFC BBL and rebel WBBL. An arcade-style, blast-a-minute take on the classic game of cricket, Big Bash Boom promises to be the summer highlight for sports fans and parties throughout the summer.

"When you think of T20 cricket, you think of big hits and family entertainment," Big Ant Studios CEO, Ross Symons, said. "The team has worked hard to up the action and make the game a snap to pick up and play. People of all ages love Big Bash, which has grown to become summer's hottest sporting event in Australia. We wanted to make sure everyone could pick up a controller and play along with the season."

The gameplay trailer - rendered entirely using the game's engine - shows off the stylish and humorous action, a small fraction of the power-ups, and the kind of big hits that players can look forward to when the game releases on November 29.

Players can look forward to smooth, dynamic action that puts the focus firmly on the battle between bat and ball. Coupled with Big Ant Studios' renowned expertise with the physics of cricket, players can enjoy whacking authentic sixes in the fully licensed stadiums of the 2018/2019 BBL and WBBL season, and with all their favourite cricketers.

The club mascots also show up to celebrate in your victories, but watch out, because if players perform badly, they can expect Boomer the Duck to show up to wave your player off the field.

"With the Big Bash even bigger and better this year, we're thrilled to offer fans new and exciting ways to enjoy the tournament and play as their heroes and favourite teams," said Anthony Everard, Cricket Australia's Executive General Manager for Fan Engagement. "Big Bash Boom looks fantastic and I'm sure will be fun for all the family, just like the real thing."