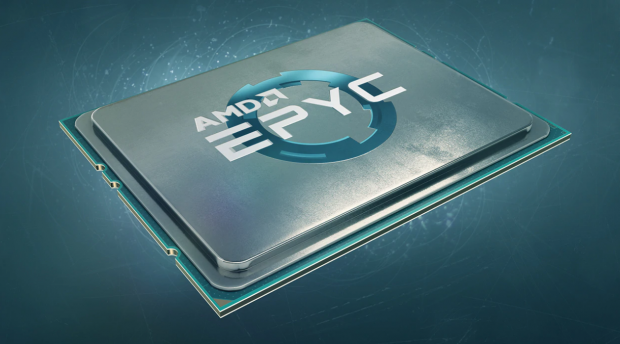 SANTA CLARA, Calif. - Oct. 24, 2018 - Today at Oracle OpenWorld 2018, AMD (NASDAQ: AMD) announced the availability of the first AMD EPYC processor-based instance on Oracle Cloud Infrastructure. With this announcement, Oracle becomes the largest public cloud provider to have a Bare Metal version of AMD EPYC processors1. The AMD EPYC processor "E" series will lead with the bare metal, Standard "E2", available immediately as the first instance type within the Series. At $0.03/Core hour, the AMD EPYC instance is up to 66 percent less on average per core than general purpose instances offered by the competition2 and is the most cost-effective instance available on any public cloud.

"With the launch of the AMD instance, Oracle has once again demonstrated that we are focused on getting the best value and performance to our customers," said Clay Magouyrk, senior vice president, software development, Oracle Cloud Infrastructure. "At greater than 269 GB/Sec, the AMD EPYC platform3, offers the highest memory bandwidth of any public cloud instance. Combined with increased performance, these cost advantages help customers maximize their IT dollars as they make the move to the cloud."

"We are delighted that Oracle is adding AMD EPYC processors to its cloud offerings. The EPYC processor provides more cores, more memory bandwidth, and outstanding stability. That translates into leadership TCO for cloud deployments2. It is a perfect fit for Oracle customers running their business applications in the cloud," said Forrest Norrod, senior vice president and general manager, Datacenter and Embedded Solutions Business Group, AMD. "Our work with Oracle highlights how the EPYC processors' unique design offers cloud users a significant price/performance advantage."

With 64 cores per server and up to 33 percent more memory channels than comparable x86 instances4 the Standard E2 instance is ideally suited for data analytics workloads that demand higher cores and memory bandwidth. Within the Hadoop ecosystem, AMD has partnerships with many of the leading providers including Cloudera, Hortonworks, MapR and Transwarp. On a complete 10TB Terasort run the AMD instance demonstrated up to 40 percent savings in cost per Terasort as compared to other x86 instances7.

Within the HPC space, the higher memory bandwidth of the EPYC instance makes it a great fit for customer use cases around weather modeling, computational fluid dynamics, simulation and crash analysis in aviation and automotive manufacturing, and oil and gas exploration. On a 14M cell Fluent CFD (computational fluid dynamics) simulation on a winged aircraft solved on 4 Nodes, the EPYC processor-based instance demonstrated up to a 30 percent reduction in total cost, coupled with reduction in overall run times.8