SANTA CLARA, Calif., (October 19, 2018) - BANDAI NAMCO Entertainment America Inc. is pleased to invite players to return to the stage of history as SOULCALIBUR VI launches today in the Americas for the PlayStation 4 computer entertainment system, Xbox One, and PCs via STEAM. SOULCALIBUR VIrepresents the pinnacle of 3D weapons-based 1vs1 fighting and will include the return of fan-favorite characters and the premiere of all-new gameplay mechanics. SOULCALIBUR VI also continues the SOULCALIBUR tradition of featuring iconic guest characters; this time by featuring Geralt of Rivia as its special guest character. The fearsome protagonist from The Witcher video game series is ready to take on all who dare challenge him from the SOULCALIBUR universe. 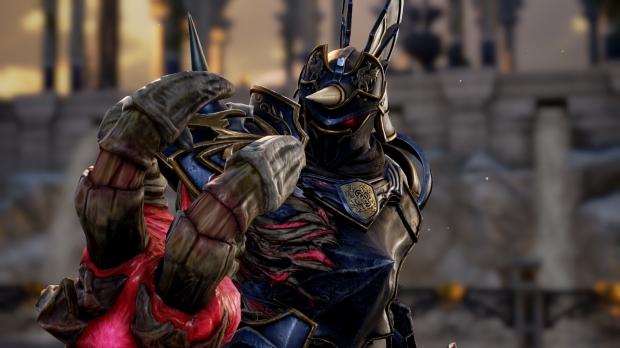 The SOULCALIBUR franchise has been the premier 3D weapon-based fighting series since the original SOUL BLADE released in arcades in 1995. Utilizing the power of UNREAL Engine 4, SOULCALIBUR VI retains the series' signature 8-Way Run movement system, delivers super smooth 3D movements, and integrates new gameplay mechanics for newcomers to the franchise such as the Reversal Edge system. The Reversal Edge system enables new players to challenge more seasoned players; once initiated, both characters enter a rock-paper-scissors mini-game to see who will come out on top to deal large amounts of damage. SOULCALIBUR VI will also present a challenging single player mode; while offering players the opportunity to compete in multiplayer mode against friends or challenge fighters from around the world in dynamic battles presented with jaw-dropping visual effects.

"The SOULCALIBUR franchise is steeped in lore and embodies a long legacy of ground-breaking weapons-based gameplay that has set the franchise apart from other games in the fighting genre for decades," said Mark Religioso, Brand Manager for BANDAI NAMCO Entertainment America Inc. "SOULCALIBUR VI builds upon this great legacy with a stellar lineup of characters and weapons, additional storyline progression, and knock-down drag-out fun!"