Taipei, October 16, 2018- FPS game Drone Striker, developed by User Joy and published by Winking Entertainment, launches on PlayStation VR Today. As a member of the special forces, the players' mission is to eliminate artificial intelligence. 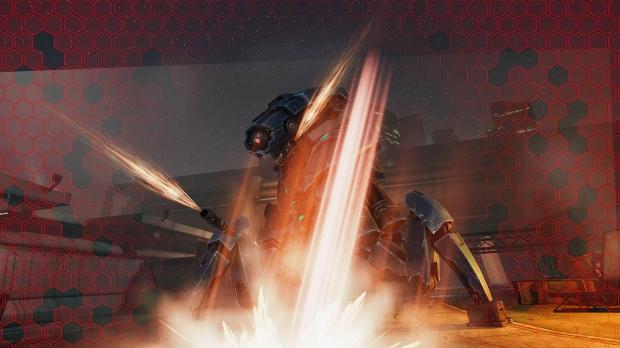 Drone Striker brings a tense and exciting battle between humanity and artificial intelligence, which has gradually grown self-conscious. Drone Striker has three stages, two difficulties to select. As the levels and difficulty options unlock, the final score will be uploaded to the global ranking system where you can compete with players around the world.

Players can choose different weapons to defeat the enemies, such as machine guns that pursue fast output, missiles with tracking capabilities, and grenades with destructive damage. Different enemies have their strengths, including enemies with flying abilities or the peltasts that have slow pace but strong defense. How to destroy the enemies within the time and avoid being attacked are the keys to success.

To provide players with a better gameplay experience, Drone Striker supports, not only DS4 but also PS Move and Aim controller. During the battle, players will follow the route automatically. With smooth moving speed and minimal motion sickness, Drone Striker allows players to have sufficient time to deal with the threat, and immerse themselves in the virtual reality world.