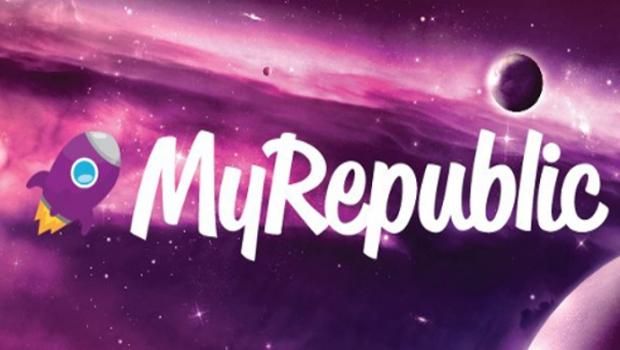 "In just over four months this is a phenomenal achievement but we want to continue the awareness for Ultra-Fast internet across Australia and our Gigatown competition will do so".

Why is MyRepublic launching Gigatown now?

MyRepublic has been instrumental in delivering affordable Ultra-Fast 1Gbps speeds in both Singapore and New Zealand, by successfully lobbing for lower AVC and CVC prices in both countries.

In Singapore, over 95% of all new connections order 1Gbps speeds and in New Zealand 50% of MyRepublic's ordering a MyRepublic service select the 1Gbps plan.

Despite nbn having launched the wholesale 1Gbps speed tier over four years ago, Australian ISP's have yet to launch this as a consumer facing product. MyRepublic believes the main reason for this is the current regulated AVC and CVC wholesale pricing, which would suggest that a retail product based on the nbn 1Gbps speed tier would retail over $300 per month, compared to MyRepublic's retail pricing of $49.99 (SGD) per month in Singapore and $129.99 (NZD) per month in New Zealand.

MyRepublic is heavily subsidising the cost of the winning Gigatown to demonstrate the benefits Ultra-Fast Next Generation Fibre can deliver and to prove that Australians want access to premium fibre products at a fair price.

From today until the 31st of May 2017, anyone can enter the Gigatown competition and in addition to lighting up one town with Ultra-Fast speeds in July 2017, two individual winners will receive a premium Sony prize pack, which includes:

Existing MyRepublic customers in the Gigatown will get complementary speed upgrades for a year, following that MyRepublic will open Gigatown up to new customers at what we believe to be a fair price.

In February, MyRepublic introduced an online petition to give a voice to the Australian public on affordable Ultra-Fast 1Gbps speeds.

Demos said, "It's important for us to provide Australians with affordable high speed internet, otherwise how will we compete on the world stage?"

"We've had an outstanding response to the petition with over 6,000 individuals having signed and expressed how they feel about current internet speeds".

Australian internet speeds are a disgrace. We deserve better for our hospitals, our medical professionals, our scientists, and our education system. We are a large country where travelling is problematic.

Extremely slow and lagging behind the rest of the world.

Australia is now ranked number 51 in the world for internet speeds, behind Kenya, Lithuania and Bulgaria. MyRepublic is on a mission to ensure Australian's receive high bandwidth internet in order to support their current needs and passions when it comes to their business demands and entertainment requirements. They are the only ISP in Australia to introduce an nbnTM powered Gamer Plan.

To sign the petition and for full terms and conditions on the MyRepublic Gigatown competition, please find them here: https://myrepublic.net/au/gigaspeed/