BIOSTAR is proud to announce its line-up of new motherboards based on the Intel B250 chipset as part of the 2nd-generation RACING series family of products with the announcement of the BIOSTAR RACING B250GT5 and B250GT3. Both motherboards support Intel's 7th-generation Core processors as well as native support for Intel Optane Memory technology for next-generation high-speed storage.

The new BIOSTAR B250 series motherboard will support processors for the LGA1151 socket and will have native support for DDR4-2400 memory. Both motherboard in the series will feature high-reliability Intel LAN ethernet solution with built-in BIOSTAR LAN surge protection for maximum protection. Built-in M.2 connectors allow high-speed storage support. Both motherboards are also protected by BIOSTAR DUAL-BIOS technology which allows you to recover from a defective BIOS update or corruption in an instant. 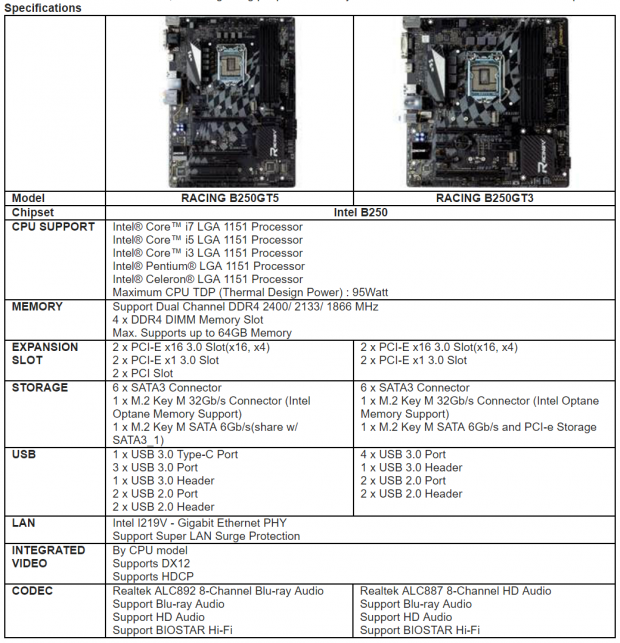