BIOSTAR is pleased to announced its latest product entry in the highly-acclaimed RACING series family with the introduction of one of the world's most compact mini-PC with a volume of only 0.29L, the BIOSTAR RACING P1 mini-PC. It is literally a pocket-sized PC that can fit in your pockets, its small size and light weight make it ideal to bring anywhere. But it goes beyond just practicality and portability as the RACING P1 brings with it the pedigree of the RACING series with its signature VIVID LED DJ for unrivaled customization like its motherboard counterparts. Limited size but limitless creativity! 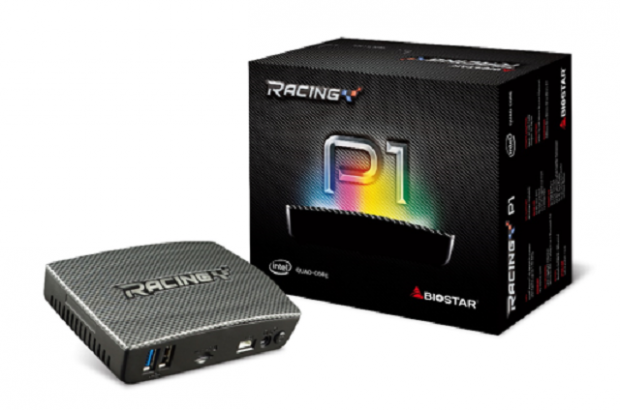 For the person always-on-the-go, a laptop maybe a savior but in a BYOD environment, nothing can beat the efficiency of a keyboard and mouse. A tablet may be portable but long-term usage and the lack of expansion ports limits its actual function. Not to mention both are expensive options. The BIOSTAR RACING P1 aims to solve all this by serving as a way to make the PC accessible, usable and portable to get the benefits of the platform without making sacrifices in both performance, space or budget.

The RACING P1 is the definition of style in the RACING series family, decked out in carbon-fibre styling and featuring sports car curves, it doesn't follow the boring box designs that traditional mini-PCs employ. Complimenting this is the impressive adoption of the VIVID LED DJ directly into the RACING P1 and to add more style, BIOSTAR has enabled the use of the 5050 LED strips for use with the RACING P1 directly via the onboard front header. Control how your LED strip and RACING P1 LEDs function with full control via the VIVID LED DJ software. 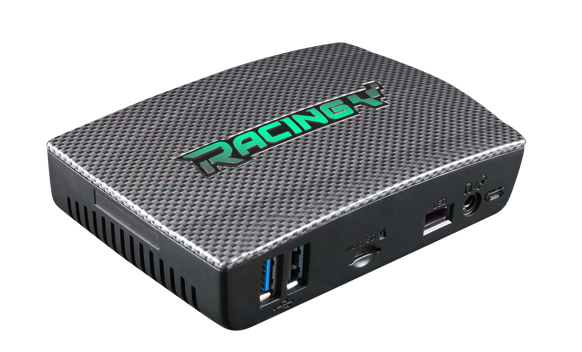 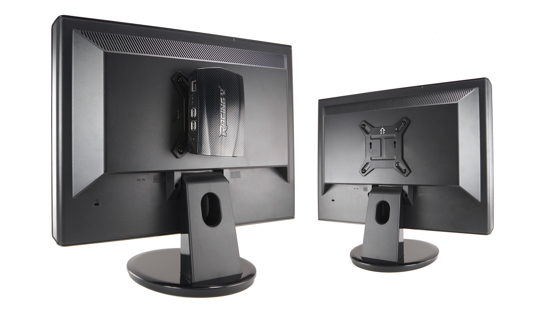 The BIOSTAR RACING P1 is highly portable and compatible with standard VESA mounts allowing it to be mounted on compatible monitors and displays for a complete, all-in-one solution with minimal clutter saving you desk space and less wiring to bother with.

For more information on the BIOSTAR RACING P1 go to: http://www.biostar.com.tw/app/en/minipc/introduction.php?S_ID=3#specification 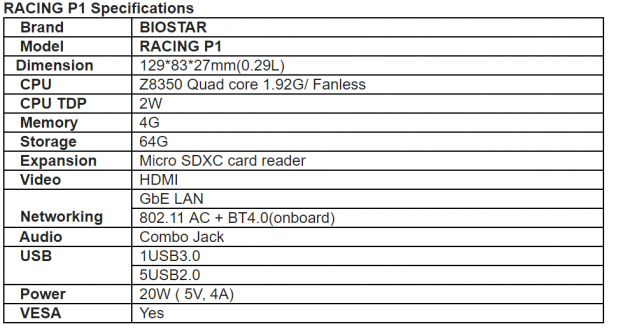