Seven of the premier North American eSports teams have joined together under the banner of the Professional eSports Association (PEA), to create an organization dedicated to professional eSports and focused on bringing unprecedented benefits to pro players. 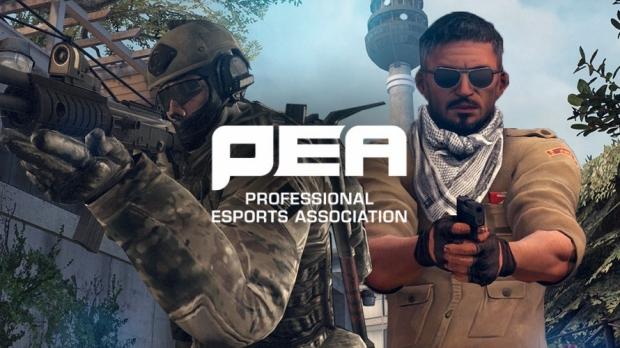 Owner-Operated League Aiming to be the NBA of eSports

The PEA will commence operations of its Counter-Strike: Global Offensive (CS:GO) league in early January 2017 and will showcase the performances of some of the most elite North American pro players. The founding PEA team franchises are Team Solomid (TSM), Cloud9, Team Liquid, Counter Logic Gaming (CLG), Immortals, NRG eSports and compLexity Gaming.

"The PEA represents something new in eSports - an association of top teams running their own league and sharing the profits and the decision-making with the players," said Jason Katz, PEA Commissioner. "This has been the architecture of traditional major sports leagues for many decades, but it is a new evolution for eSports. This will allow us to finally build a stable, healthy, long-term environment for the players, the community, the media and the sponsors."

"This marks the end of the 'Wild West' days of eSports," said Jack Etienne, Cloud9 CEO. "The community and players want stability and dependability. Leagues come and go, teams join them and depart, but with the PEA, the teams are making a long-term commitment to be here, playing for the fans, for the indefinite future."

The benefits to players in the PEA league are completely new in the world of eSports. Players and owners will receive an equal 50% share of profits and each caster will receive a share equal to a player. The PEA will also provide a suite of financial benefits and services to the players, including retirement and investment planning, health insurance and more.

"It's time for leagues to share the rewards and strategic decisions with the players," said Andy Dinh, CEO of TSM, "and the best way for team organizations to do that is for us to do it ourselves. The PEA is a vehicle for us to work shoulder-to-shoulder with the players, doing what we all love."

Beyond financial benefits, PEA's management structure will ensure that its pro players have an authoritative voice in league operations. Player representatives will sit on both a Rules Committee, which will provide guidance on all important issues, including competition format, playing rules, and prizing distribution and a Grievances Committee, which will certify that all player concerns are heard and resolved in a timely manner.

"Publisher leagues and third-party tournament organizers aren't sharing profits with the players and teams," said Steve Arhancet co-CEO of Team Liquid. "This is hindering the potential for eSports to rival other professional sports leagues, where players and teams are all aligned to put on the best show year after year."

The PEA is represented by legal counsel O'Melveny & Myers.