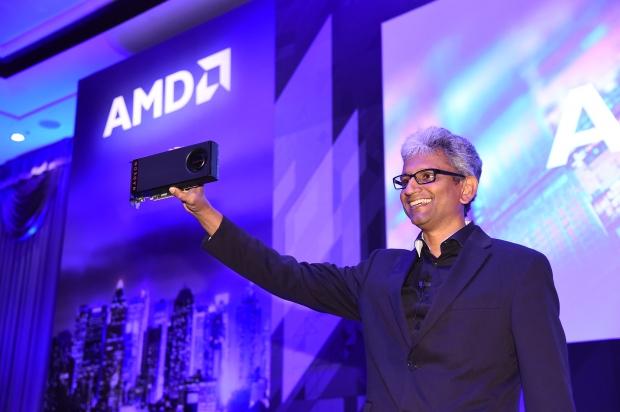 Set for launch and availability on June 29th, the Radeon RX 480 will deliver the world's most affordable solution for premium PC VR experiences, delivering VR capability common in $500 GPUs.

"VR is the most eagerly anticipated development in immersive computing ever, and is the realization of AMD's Cinema 2.0 vision that predicted the convergence of immersive experiences and interactivity back in 2008," said Raja Koduri, senior vice president and chief architect, Radeon Technologies Group, AMD. "As we look to fully connect and immerse humanity through VR, cost remains the daylight between VR being only for the select few, and universal access for everyone. The Radeon RX Series is a disruptive technology that adds rocket fuel to the VR inflection point, turning it into a technology with transformational relevance to consumers."

In a notable market survey, price was a leading barrier to adoption of VR. The $199 starting SEP for select Radeon RX Series GPUs is an integral part of AMD's strategy to dramatically accelerate VR adoption and unleash the VR software ecosystem. AMD expects that its aggressive pricing will jumpstart the growth of the PC VR TAM and accelerate the rate at which VR headsets drop in price: 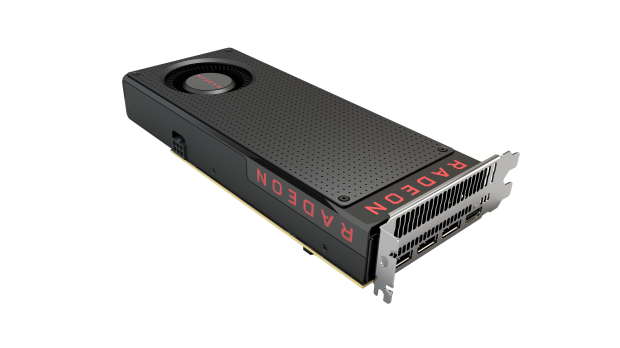 "The Radeon RX series efficiency is driven by major architectural improvements and the industry's first 14nm FinFET process technology for discrete GPUs, and could mark an important inflection point in the growth of virtual reality," said Patrick Moorhead, principal analyst, Moor Insights & Strategy. "By lowering the cost of ownership and increasing the VR TAM, Radeon RX Series has the potential to propel VR-ready systems into retail in higher volumes, drive new levels of VR content investment, and even drive down the cost of VR headsets."

"We congratulate AMD for bringing a premium VR ready GPU to market at a $199 price point," said Dan O'Brien, vice president of virtual reality, HTC. "This shows how partners like AMD survey the entire VR ecosystem to bring an innovative Radeon RX Series product to power high-end VR systems like the HTC Vive, to the broadest range of consumers."

"We've seen an incredible range of immersive applications and game-changing experiences that have given millions of people around the world their first taste of virtual reality," said Nate Mitchell, VP of Product, Oculus. "AMD is going to help drive that adoption forward even more by bringing their high-end VR GPUs to the $199 price point."