Corsair, a world leader in enthusiast PC hardware and components, today announced the immediate availability of the Corsair Carbide Series SPEC-ALPHA mid-tower gaming case. With a large side panel window and bold angular styling, the SPEC-ALPHA offers sharp looks in black/grey, red/white or the previously un-announced black/red to complement its efficient cooling. Packed with features to make your next gaming PC build better, the SPEC-ALPHA boasts three 120mm fans for Direct Airflow Path cooling, a three-speed fan control and the ability to house a variety of high-end PC hardware. 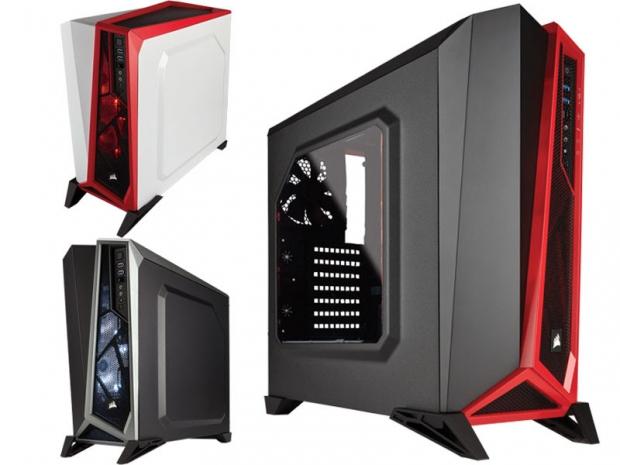 With its modern, angular appearance, the SPEC-ALPHA really stands out in a crowd. There's plenty of modern features inside too, with native USB 3.0 support, room for up to four SSDs, and a three-speed fan controller for the three included 120mm fans, allowing users to set their own cooling sweet spot. A large window shows off your internal components and the Direct Airflow Path layout, which provides superior cooling by getting rid of unnecessary drive bays. SPEC-ALPHA is also able to accommodate a front mounted 240mm radiator compatible, allowing for additional liquid-cooling upgrades.

Originally announced at CES 2016, the Carbide Series SPEC-ALPHA is now available with an MSRP of $79.99 from Corsair's worldwide network of retailers and distributors and is backed by a comprehensive two-year warranty and Corsair's worldwide customer support network.