Following a hugely successful debut in 2015, Hi-Rez Studios announces the Oceania Region will return to compete in SMITE esports Season 3. With a total $100,000 AUD prize pool on the line, SMITE competitors can look forward to three major splits of competition, testing their mettle as Hi-Rez searches for the best team in Australia and New Zealand. 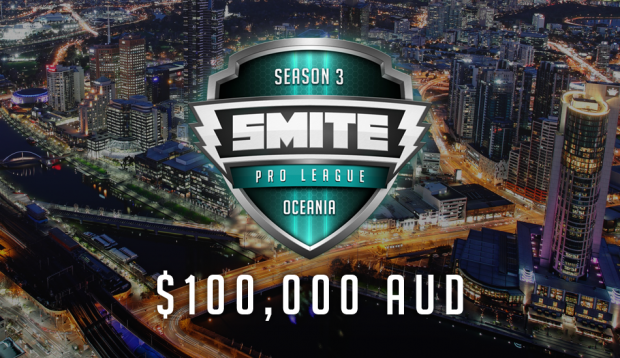 "Since introducing the Smite Pro League to the Oceania region last season, we've been very excited to see the growth in quality and competitiveness of the scene," said Adam Mierzejewski, Hi-Rez Studios' Esports Manager. "We think the Oceania scene will compete very strongly on the world stage in Season 3."

This year, Oceania will have a calendar of events, with prizing spread across a season of three splits each with LAN finals, supporting a sustainable esports scene for SMITE in Australia.

"With over 14 million players worldwide, SMITE continues to grow, and Oceania has been an important piece of the game's success. Our goal is to create a sustainable esports ecosystem for SMITE in Oceania that can last for years to come," enthused Adam.

Season 3 for SMITE kicks off with the first of two Pro League Qualifiers on February 27 hosted online in partnership with Cybergamer.

The opening prize pool in Split One of $10,000 AUD will be shared among the six Pro League teams, but only the top two will be provided travel to fight for the lion's share in the first split LAN finals at CGPL Autumn LAN on April 16-17

Full run of dates and prize breakdown on the Cybergamer SMITE landing page: