All the latest electric cars (EV) and ICE cars news covering new and upcoming releases and technologies to hit the market - Page 52.

Tesla's new electric semi is the future of trucks

Tesla has officially unveiled its electric semi truck, something that goes by the simple name of Tesla Semi. The new Tesla Semi truck is a super-tall big rig that has Tesla's infamous minimalistic design. The side mirrors are the only thing on the Tesla Semi that protrude from the side of it, alongside the wing-like sensor array on the rear of the truck.

Tesla CEO and real-life Tony Stark, Elon Musk said that Tesla Semi has been "designed like a bullet".

Tesla Semi is capable of a 500-mile range, with a ton of built-in technology like Enhanced Autopilot. There are plenty of the usual big rig-specific features like jackknifing prevention, sensors for blind-spot detection and data logging for fleet management. Tesla has said that its new Semi truck will bne going into production in 2019, which isn't too far away - but with giants like Toyota and others starting in the electric truck business, Tesla needs to nail it quickly.

The new Semi truck will debut alongside Tesla's new super-fast charger, which will provide 400 miles of range in 30 minutes and is called Megacharger. Comparing this to other electric trucks like Daimler's E-Fuso Vision One which can only take a 220-mile trip, Tesla has it in the bag with Semi, and even more so when you take into consideration the super-fast Megachargers.

Uber doesn't know when to stop, so now that the roads have been dominated the ridesharing giant is looking to the skies with its latest partnership with NASA for self-flying transportation. Welcome to uberAIR.

Uber chief product officer Jeff Holden explains: "So far we've been focused on ground-based transportation. For us, the natural next step was flight". Flying vehicles would be better for the environment, with uberAIR not just for the 1% either, the company will be selling its uberAIR service at the same price as UberX at launch.

The new uberAIR service uses vehicles called Electric Vertical Take-Off And Landing Vehicles, or EVTOL for short. Uber Aircraft Systems boss Mark Moore explains: "They'll fundamentally change how are cities function and how we will live in them". Another Uber executive talked about how long it'll be until we get uberAIR into the skies, where he said: "It's very much the early morning on day one of this adventure".

Uber itself has a little to say about uberAIR, adding: "On-demand aviation has the potential to radically improve urban mobility, giving people back time lost in their daily commutes. Uber is close to the commute pain that citizens in cities around the world feel. We view helping to solve this problem as core to our mission and our commitment to our rider base. Just as skyscrapers allowed cities to use limited land more efficiently, urban air transportation will use three-dimensional airspace to alleviate transportation congestion on the ground".

Continue reading: Uber teams with NASA to take to the skies with 'flying cars' (full post) 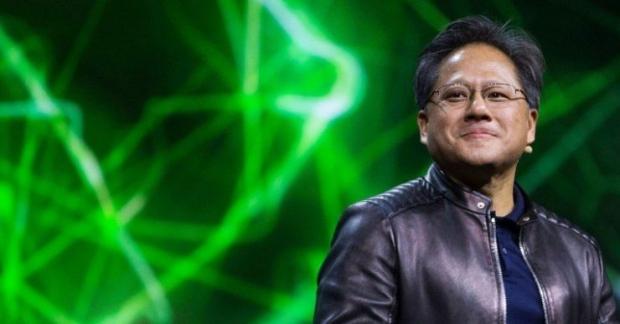 NVIDIA says "We hope you can attend NVIDIA's 2018 CES press conference, where we'll showcase amazing new technology innovations on Sunday, Jan. 7, 2018, at 8-9:30 pm (PT). A reception with food and drinks will start at 7 pm, at the MGM Grand Conference Center located in the back of the MGM Hotel".

We should expect some new announcements in the world of self-driving car technologies, where NVIDIA has used previous CES press conferences to announce DrivePX, Tegra, and other car-related technologies. NVIDIA won't announce a new graphics card during CES as it has its GPU Technology Conference (GTC) where it will most likely unveil its new Volta-based GeForce cards. We could see some surprises in the Shield department of course, where I'm still expecting NVIDIA to unveil their own VR or AR headset in the Shield family, eventually.

With all of the talk of the largest lithium-ion battery facility in the world being built in my home town of South Australia, news of LG building the largest electric vehicle battery production facility in Europe is of just as large importance.

LG has announced news of a new car battery facotry in Poland, a first of its kind in Europe, that will help the growing demand of batteries by electric vehicle makers. VP of LG Chem, Chang-Beom Kang, said: "The company has chosen Poland as the most competitive location for production to satisfy the needs of European and global car producers".

The new facility will cost $1.63 billion, with LG about to break ground in the city of Wroclaw, which is awfully close to Germany, which is a major car manufacturing hub in Europe. LG Chem plans to manufacture up to 100,000 electric vehicle batteries in 2018, while they create 2500 people in the process. The new EV battery factory will also include an R&D center, too.

Tesla isn't far away from changing yet another industry, with the company now finishing off its first electric semi-truck prototype. Tesla Motors and SpaceX founder and CEO, Elon Musk confirmed the news over Twitter.

The company did plan on showing off the world's first electric semi-truck at a media event later this month, but Musk has confirmed the unveiling event has been pushed back to November 16. Musk took to Twitter to explain, where he said: "diverting resources to fix Model 3 bottlenecks and increase battery production for Puerto Rico and other affected areas".

Musk also confirmed that Tesla has been sending out updated invites to the media saying that the "first Tesla Truck prototype is completed". Musk continued his Twitter rampage, saying that the "specs are better than anything I've seen reported so far". Musk also said that the engineering and design teams have done amazing work on the electric truck, adding that their work "is aces" and that "other needs are greater right now".

Amazon wants to cut down on its reliance of third-party companies delivering its goods once they leave their respective distribution centers, with Bloomberg reporting the everything giant is testing its own delivery service.

This move would allow Amazon to reduce overcrowding its factory warehouses, as well as providing two-day Prime shipping on more of its products. Amazon is already delivering goods in India, but will be making its big splash in delivering goods in the US very soon with trials already kicking off near the West Coast. Bloomberg reports that Amazon's delivery services will be made available to other states soon.

Amazon's delivery service is reportedly called Seller Flex, which is... well... really odd. Amazon Delivery or Amazon To You (or something like that). The Verge received a statement from FedEx, one of two companies that would be directly impacted by Amazon's new Seller Flex program.

Airbus' flying taxi will take to the skies in 2018

Airbus will be taking to the skies with its new flying taxi concept, with its first flight to take place by the end of 2018, according to the company.

The first flips will be unmanned, I'm guessing for safety concerns, but there are plans for human pilots and a four-person aircraft that will fly people around in cities by 2023, before they become completely autonomous.

Airbus announced the autonomous flying taxi concept back in August 2016, with the company looking at using quad-rotor designs. Airbus is using a VTOL method (vertical take-off and landing), mixed with an electric-powered aircraft, it should fly four people around very easily through cities.

The use of a quad-rotor design will also reduce noise generated by the self-flying taxi, while the size shouldn't be too large either. If you thought this was just Airbus being crazy, think again... Uber recently hosted a three-day summit for its flying taxi plans.

Dubai has also been playing with two-seated, 18-rotor taxi prototypes that they collaborated with German company Volocopter on. The future of Uber is UberAir, I guess?! Bring it on.

Continue reading: Airbus' flying taxi will take to the skies in 2018 (full post)

Tesla has most of the electric vehicle market in its hands, with so much of its marketing hype winning over the world for all the right reasons, and soon it'll be an entirely different industry... the trucking industry.

Elon Musk, founder and CEO of Tesla and SpaceX has teased before that the entire unveiling event for the electric semi-truck is going to be "unreal". The semi-truck will, according to Musk "will deliver a substantial reduction in the cost of cargo transport, while increasing safety and making it really fun to operate".

The flagship project comes from Aston Martin Consulting, with the submarine still in the concept stages right now under codename Project Neptune. Project Neptune is a futuristic submarine that Executive Vice President and Chief Creative Officer at Aston Martin, Marek Reichman, explains: "Project Neptune is defined by its sleek, elegant exterior. We have used forms and proportions that express the same devotion to design, engineering and beauty that shape our cars".

Aston Martin hasn't been open with specifications or details on Project Neptune, so we don't know how deep it'll go, how fast it'll cut through the depths of the oceans, or whether Lex Luthor has pledged towards the project. Time will tell.

AMD is now making custom AI processors for Tesla, and now it seems NVIDIA is losing another piece of the electric car makers' pie, with Intel taking over the infotainment systems according to sources of Bloomberg.

What makes this news even more interesting is that Tesla, NVIDIA, and Intel have declined to comment. Tesla shipped around 76,000 vehicles in the last financial year, so while it's not a carmaker that ships millions of vehicles, it does get a lot of press because of the technology inside of the cars.

Tesla's Autopilot 2 system is still powered by NVIDIA designs, but it seems like it's one of the last parts of Team Green inside of Tesla cars with AMD and Intel both making big moves with the electric car giant.