As humans we have no idea if there is life outside of our planet, but what we do know is that there is now at least some form of life on the Moon's surface and while it may not be alien, it certainly looks alien. 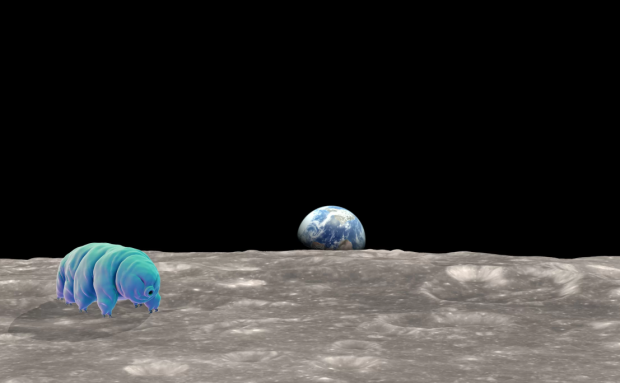 The Israeli spacecraft Beresheet crashed into the Moon during a failed landing attempt on April 11th, the cargo that Baresheet was carrying was human DNA samples and tardigrades. The lander was also carrying 30 million very small digitized pages of information about human society and culture.

If you don't know what a tardigrade is, it's a microscopic moss piglet that measure between 0.002 and 0.05 inches (0.05 to 1.2 millimeters) long. Not only are these little forms of life tiny, but they are almost indestructible as they can survive extreme temperatures of 328 degrees Fahrenheit (minus 200 degrees Celsius), and more than 300 F (149 C). They can also survive exposure to radiation and the vacuum of space.

Back in 2011, NASA launched their 'Curiosity' rover from Earth with the mission of landing it on Mars to scour the surface in search for new information. It now has been there seven years, and its still kicking about doing research.

The 'Curiosity' rover spent several months floating through space before safely landing Mars' surface on August 6th, 2012. NASA and Jet Proplusion Laboratory and giving 'Curiosity' a birthday celebration and by doing this we have learned where Curiosity is at the moment and what it is doing.

According to a new blog post, Curiosity is currently stationed in a spot known as the "clay-bearing unit" which is in inside the Gale Crater. The rover is currently using drills to get some of the soil, and with these samples scientists will be able to determine what the conditions of the crater were like long ago. Scientists know that Mars once had traces of what seems to be water, but it is still unclear if this water harbored any form of life whether it be microbial, or intelligent.

A new discovery has been made by astronomers scouring the observable universe, they have run into what has been called a 'time machine' that takes us back to some of the earliest stars when the universe formed. 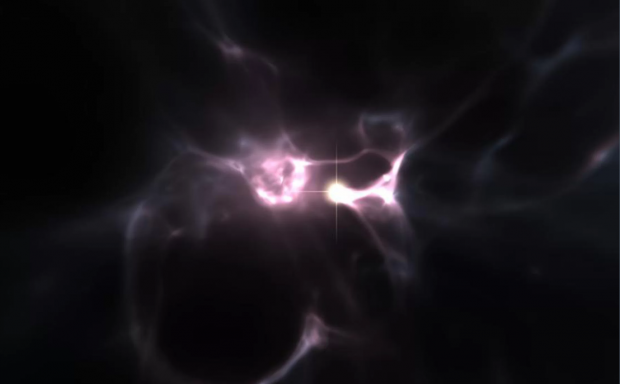 According to a recent research that has been published in Monthly Notices of the Royal Astronomical Society: Letters, astronomers from the Australian National University have discovered one of the first stars that formed after the universes Big Bang. Lead study author Thomas Nordlander, spoke out about this research saying, "We've found a time machine that takes us back to the universe's earliest stars."

Since the Big Bang occurred 13.8 billion years ago, many of the stars that formed in the early days were gigantic in comparison to our sun. A bio-product of the stars being extremely big is that they are also short-lived. Once the stars decay to the point of their supernova explosion many of the elements are ejected into space, this is what astronomers search for and have recently found.

NASA has announced that they have received the first data dump from their solar probe they launched back in August 12th, 2018. 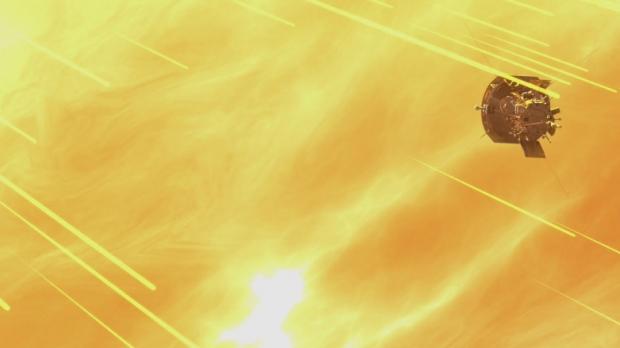 Since the Parker Solar Probe is designed to observe the sun and is currently caught in its immense gravitational pull, the probe can only send back data chunks at certain times. NASA has just received their first data dump from the probe and it's 50% bigger than what they expected. 20GB of data was downloaded from the first and second pass of the probe going around the sun.

Nickalaus Pinkine, Parker Solar Probe mission operations manager said "All of the expected science data collected through the first and second encounters is now on the ground. As we learned more about operating in this environment and these orbits, the team did a great job of increasing data downloads of the information gathered by the spacecraft's amazing instruments."

SpaceX can Uber your satellite to space for just $2 million

SpaceX is on the forefront of space technology and now they will be allowing for companies to hitch a ride on their prized Falcon 9 rocket for as low as $2 million. 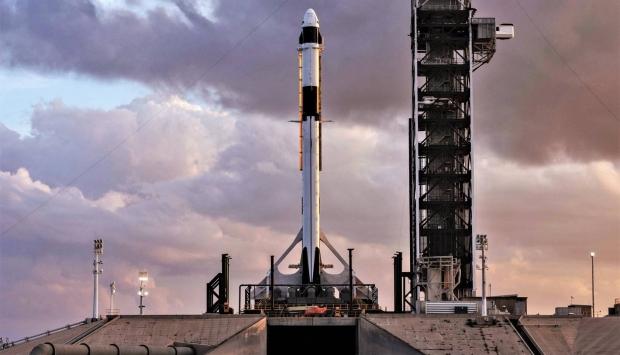 SpaceX has announced a new idea "rocket rideshares" which allows for other companies satellites to hitch a ride with SpaceX's big rocket, the Falcon 9. According to the announcement, SpaceX is basically attempting to create an Uber service for satellites and will be charging patrons a low price of just $2.25 million for 150kg of mass.

SpaceX is planning on launching their ride share program sometime between November 2020 and March of 2021. After those initial flights are conducted, more flights will take to the skies on an annual basis - Q1 of 2022 and 2023.

Shaun The Sheep is one of the many childhood favorite characters of the 2000's, and recent news regarding our furry friend revolves around him completing his space training in preparation for a new coming movie.

The movie is called "Farmageddon" and its plot will center around an alien called Lu-La who has crash landed near Shaun's home at Moss Bottom Farm. Shaun recently completed his astronaut training last week in a special flight that simulates what micro-gravity would be like on Earth.

According to the European Space Agency (ESA) who assisted in the training of Shaun, "The flight was intended to prepare Shaun for his role as a space traveller in his new film. It offered him insight into the rigorous training that all astronauts have before their missions" In conclusion, Jan Worner, the director-general of the ESA said "We are very happy to have helped Shaun in his big space adventure". Shaun The Sheep will be launched in theaters in Germany on Sept 26th, Oct 16th in France and Oct 18th in the UK.

New study suggests that a 'mega-tsunami' once shaped Mars

A new study on the impact craters found on Mars' surface has suggested that if the planet once harbored water, then it could have experienced a "mega-tsunami" that shaped the planet. 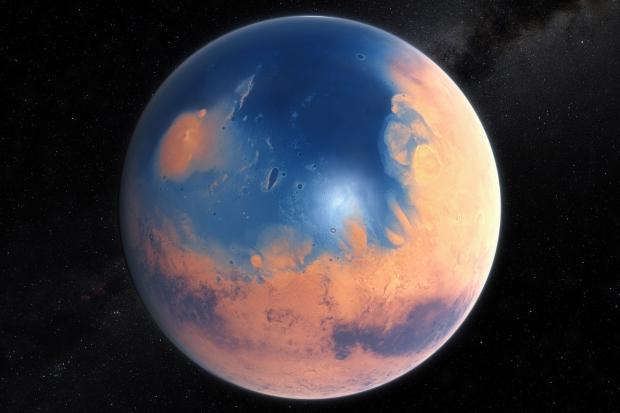 The new study has analyzed a meteor crater called Lomonosov, this crater is 75 miles deep and is the same height as the estimated depth of the ocean. This crater also strongly resembles similar marine impact sights on Earth, which has led scientists to believe that a specific impact site might of resulted in "mega-tsunami" that plowed across Mars' surface.

It should be noted that the scientists do caution that there is no definitive proof that Mars once contained water, or better yet, oceans much like ours billions of years ago. They say that more data would be required to be able to confirm that, but if that is true and the Lomonsov theory lines up with new found data, then scientists could truly be onto something in regards to the history of our neighboring red planet.

If NASA catch this asteroid everyone on Earth would get $93b

There is an asteroid floating around out in space called that has been estimated to be worth $700 quintillion, if NASA retrieves this asteroid and divided it up with the population everyone would receive about $93 billion each.

While that isn't NASA's plan at all, they will still be visiting the asteroid and much sooner than you might think. Originally the asteroid was found back in 1852 by Italian astronomer Annibale de Gasparis, and NASA now will be going to '16 Psyche' to investigate its properties. Considering the size of 16 Psyche, and the properties which are 95% metals (iron and nickel), NASA won't be traveling to the asteroid for its insane value but instead for a great comparison of its composition versus Earths.

Scientists believe that since the asteroids composition is very similar to that of Earths, we could learn some brand new information about how our own core works, or some new information about how planets are formed. When purely speaking about monetary value, some companies have already formed and are concentrating on building the infrastructure of space mining. Companies such as EuroSun Mining are looking towards the space economy which Morgan Stanley has estimated to $350 billion today, but by 2040 jumps to $2.7 trillion.

Continue reading: If NASA catch this asteroid everyone on Earth would get $93b (full post)

3D model of our Milky Way galaxy mapped like never before

Researchers have announced that they have formed a brand new 3D model of our Milky Way galaxy, giving us a much better understanding of the surrounding stars. 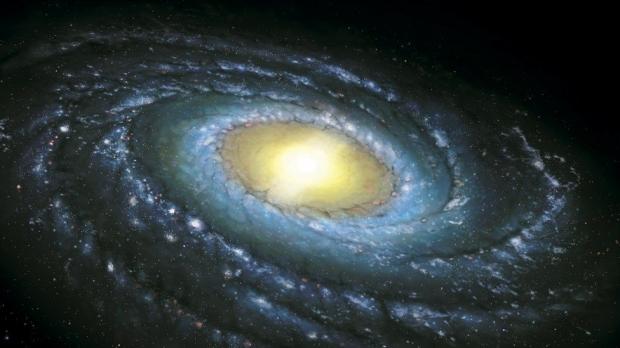 Researchers Dorota M. Skowron, Jan Skowron, Przemek Mroz and more published an article in the American Association for the Advancement of Science, revealing a new large-scale model of our Milky Way galaxy and the thousands of Cepheid stars. Cepheid stars are a type of star that pulsates radially and are found scattered across galaxies.

The new scale that has been devised by the researchers enables us to gain a better understanding of the S-like structure inside the Milky Way's warped stellar disc. Co-author, Przemek Mroz said "Our map shows the Milky Way disk is not flat. It is warped and twisted. This is the first time we can use individual objects to show this in three dimensions." Traditional maps of the Milky Way are built upon indirect measurements to celestial landmarks and interference's of other galaxies in the universe.

Scientists and astronomers led by Cornell's Lisa Kaltenegger have announced that they have discovered a 'super-Earth' planet in a nearby solar system.

The planet was found using NASA's Transiting Exoplanet Survey Satellite or TESS for short. Kaltenegger, associate professor of astronomy, director of Cornell's Carl Sagan Institute and a member of the TESS science team spoke out about the discovery, saying "This is exciting, as this is humanity's first nearby super-Earth that could harbor life-uncovered with help from TESS, our small, mighty mission with a huge reach."

Astronomers from the Institute of Astrophysics of the Canary Islands and the University of La Laguna, both in Spain, said that this planet is located in the Gj 357 system to the journal of Astronomy & Astrophysics. The solar system GJ 357 contains a sun that is about one-third the size of our own, and only has three other planets in the entire system. GJ 357 d, the Earth-like planet is located in what seems to be habitable zone in comparison to its position with the star.