The rocket designed by Elon Musk's SpaceX that is poised to transport humans from Earth to Mars has completed its first test flight.

SpaceX on Wednesday has successfully launched its first test flight of its Mars-bound rocketship named Starship. The four previous tests of the large rocket have ended in aggressive explosions either before, during, or after the launch. Starship took to the skies and soared for more than 6 miles above the Gulf of Mexico before descending horizontally and then flipping vertically for the touchdown.

Launch commentator John Insprucker announced, "Starbase Flight Control has confirmed, as you can see on the live video, we are down. The Starship has landed!" Once Starship landed, a small fire at the base of the rocket persisted. This fire was quickly extinguished by the landing pad's water cannons. Elon Musk posted to his Twitter saying that the Starship flight and landing was "nominal". For more information on this story, check out this link here.

The US Space Command is currently tracking the out-of-control rocket that China recently launched. 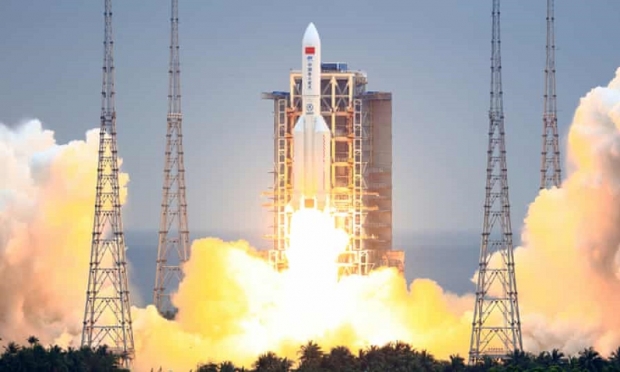 The rocket is roughly 100 feet in length and weighs 21 tonnes. When the rocket falls back to Earth, it will be one of the biggest space debris ever to crash back down to Earth. The rocket is currently traveling at a ridiculous speed of 16,000 mph and is rotating around the Earth once every 90 minutes. Due to the multitude of variables, officials have had a hard time determining where the rocket will land.

According to the Aerospace Corp, the trajectory of the rocket indicates that it will land somewhere in the Pacific near the Equator after passing over eastern US cities. However, this isn't officially confirmed. Originally, the orbit of the rocket indicated it could land anywhere between New Zealand and New York. Additionally, the US defense department says that the rocket will likely land on Saturday this week, but the exact location "cannot be pinpointed until within hours of its re-entry".

Continue reading: China's out-of-control rocket will crash down to Earth on this day (full post)

US officials are being attacked with a microwave weapon, Russia blamed

Both Republican and Democratic lawmakers are seeking answers to what experts believe is an attack on US officials with a microwave weapon. 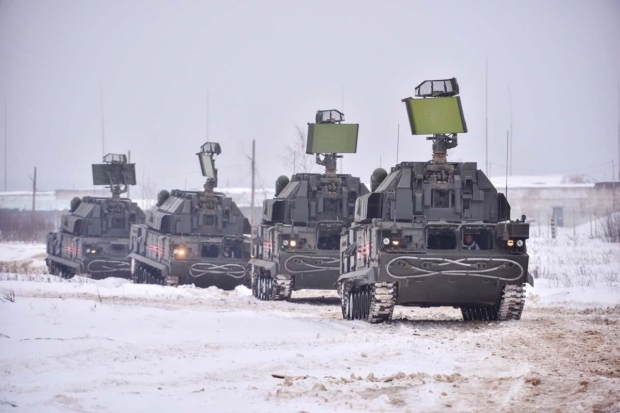 Marc Polymeropolous, a 26-year veteran of the CIA, traveled to Moscow in December 2017, and during one of the nights in Moscow, "I woke up in the middle of the night with an incredible case of vertigo, of tinnitus, which is ringing in the ears. I was falling over. I was nauseated." The CIA veteran was staying near the US embassy when he was attacked, and his specific case and symptoms have been described by now 40 US diplomats working in embassies in Havana and China.

Experts are now saying that these symptoms reported by diplomats are a result of directed radio-frequency energy in the form of a microwave. Polymeropolous said, "There's conventional wisdom that this is a portable weapon, a microwave weapon that we knew the Soviet Union and the Russians certainly developed and tested for a long time. And it's designed to incapacitate. I mean, it's pretty insidious because it also doesn't leave any kind of open scars or wounds."

Continue reading: US officials are being attacked with a microwave weapon, Russia blamed (full post)

Disney just teased a 'real-life' lightsaber in a short video

Star Wars fans have been waiting a long time to get their hands-on a real-life lightsaber, and they soon will be able to, but expectations of what it will actually be like may need to be dialed back a bit.

In the above video that has been posted to the official Disney Parks YouTube Channel, we get a very quick 13-second glimpse at the new lightsaber. The Verge states that the lightsaber is "working", and that it's a part of the Star Wars: Galactic Starcruiser luxury hotel that will be opening at Walt Disney World Resort in 2022. Engadget reports that patents for the lightsaber indicate that it works by a motor that extends a blade of LED-illuminated plastic.

At the moment, it isn't confirmed if you will be able to purchase the lightsaber, but it certainly would be surprising if Disney doesn't sell it, because I'm sure there are many Star Wars fans out there that would love to own one. If the lightsaber is high-quality, the price of the weapon could be anywhere in the $200 range as the already existing Galaxy Edge is priced at $200. For more information on this story, check out this link here.

Everyone will soon have the opportunity to go for a quick trip up to space, and one of the companies that is providing the service is Jeff Bezos' Blue Origin.

Blue Origin is led by Amazon CEO Jeff Bezos, and according to a recent announcement on the companies Twitter page, the first tickets aboard the New Shepard rocket will be going live very soon. Blue Origin has said it will be revealing details on how you can purchase a seat on May 5, and if you expected it to very expensive, you assumed correctly.

Going to space is by no way a cheap process. When you factor in every cost, you can find the dollar value of each pound of weight. Blue Origin hasn't officially revealed any prices for a ticket aboard the New Shepard but has said that it will be competitive in the market. Virgin Galactic, another company that is yet to begin space tourism, has priced its tickets at $250,000. So, we can assume that Blue Origin will be anywhere in the $150,000 - $200,000 range, perhaps even lower.

In a recent livestream on YouTube by NASA's Jet Propulsion Laboratory, it was discussed how Ingenuity taking flight on Mars multiple times has paved the way for future space exploration.

According to Ingenuity pilot Johnny Lam, successful flights of Ingenuity have unlocked a completely new dimension of space exploration for the human race. Ingenuity's success is such a big deal because now space explorers can guide rovers through a safe and effective path that would have originally have had pilots guessing.

Lam said, "I think with the success of Ingenuity, we basically unlocked an aerial dimension to exploration. We can kind of reach some hard-to-reach areas, we can provide images, reconnaissance... the best path to traverse." Ingenuity will provide the teams back on Earth with vital data, and its next mission will be a one-way trip to a new possible landing site. Eventually, the helicopter will be tasked with flying next to the Perseverance rover to see how Ingenuity does working as a scout.

New MMA tournament is off Earth, final fights will be in zero gravity

A new announcement from an MMA league has revealed that fights will be held in space under the newly announced "Galactic Combat" television show.

Space 11, an entertainment company, has announced through its producer Andrea Iervolino that MMA fights will be going off-world as a new reality television show will take 40 MMA fighters who are participating in an elimination tournament. The participants who win will have an opportunity to fight in zero gravity in a special space capsule that will be floating outside of Earth's atmosphere.

Fighters will train and compete here on Earth, and the eight successful winners will then take off from Earth to go to space to fight the final round in a capsule that is traveling around Earth every 90 minutes. John Lewis, a former UFC fighter, is linked to the project as Vice President and is currently a promoter for Galactic Combat. Pre-production for the TV show is scheduled to begin soon, with the launch date being sometime in 2023.

FOX 35 has been sent a video of what appears to be two mysterious floating orbs of light flying across the sky.

William Fuentes is the man who sent in the video to FOX 35, and from the video, which is best watched at half-speed, we can see two orbs of light fly across the backyard into the night sky. At the moment, there isn't any official word about what these floating orbs are, but speculation from Fuentes suggests that they are UFOs (Unidentified Flying Objects).

A more rational suggestion for what the floating orbs are is that it's actually a strand of spider silk. Spider silk is reflective, which makes it appear as an orb of light. As for the flying aspect, it's possible that the wind blew the spiderweb off an object behind the camera towards the outside of the frame. It's also possible that it could just be small aliens piggybacking on each other. For more information on this story, check out this link here.

The animal kingdom is a strange and wonderful place, and sometimes it's really nice just to appreciate the uniqueness the world breeds. 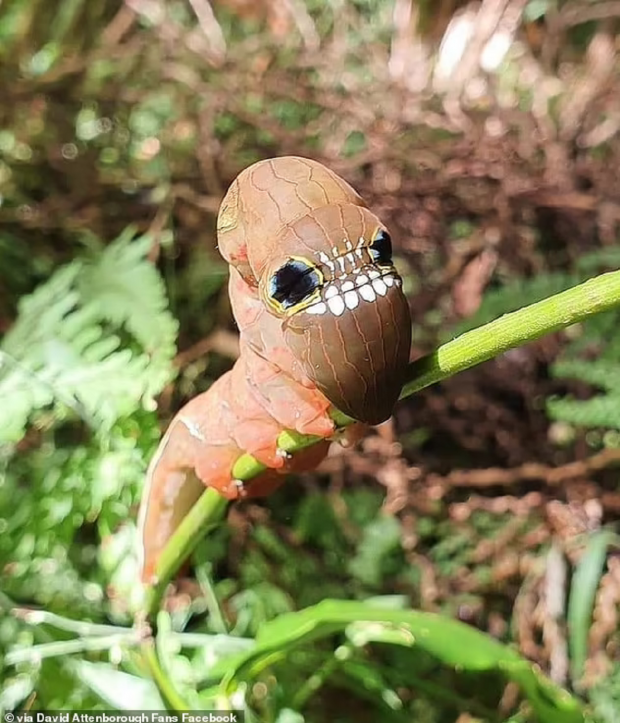 The above caterpillar is the perfect example of the weird and wonderful things we can find in some places of the world. The above caterpillar has a large head and has features that resemble a typical cartoon skull. When startled, the 12 cm caterpillar will begin to arch its back to appear larger and then proceed to lunge at predators in hopes to scare them off with its face.

The internet was struggling to get its head around that this insect is actually real. Some people even compared it to Ridley Scott's science fiction movie "Alien", saying, "The aliens have finally landed... is that the spawn?". Once the caterpillar becomes a moth, it will look camouflage as dead brown leaves, see the below image. For more information on this story, check out this link here.

A new study that has been recently published has revealed that the Amazon rainforest may now be a player in climate change. 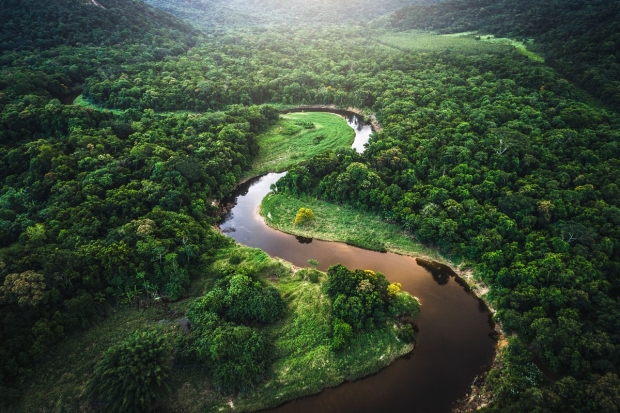 Between 2010 and 2019, Amazon released 16.6 billion tonnes of carbon dioxide and only absorbed 13.9 billion tonnes. Jean-Pierre Wigneron, a scientist at France's National Institute for Agronomic Research and co-author of the study, said, "We half-expected it, but it is the first time that we have figures showing that the Brazilian Amazon has flipped and is now a net emitter." The same study also found that deforestation increased by fourfold in 2019 compared to the two previous years.