Last week, speculation arose that Nintendo would launch the black edition of its 3DS XL handheld console over this past weekend. The weekend came and went with no black 3DS XL showing up online or in retail stores, and we are sure this was a big letdown for some. Those who were bummed out about the no show will be excited to learn that Nintendo has officially released a launch date for the device. 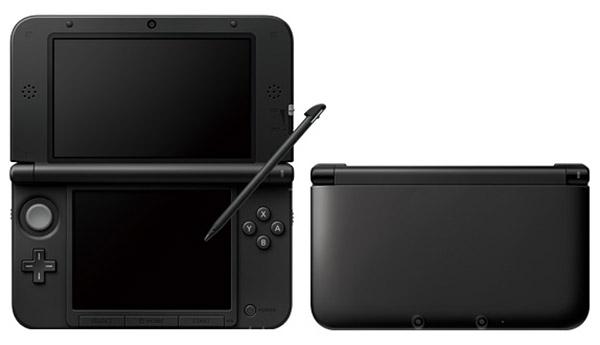 Sunday, August 11, will be the magical day when we finally see the black 3DS XL arrive in stores and online for retail sales. Coincidentally, that is the same day that the new Mario & Luigi: Dream Team game arrives. No pricing info was released on the 3DS XL Black Edition, but with other colors retailing for around $200, we expect it to be priced in the same range.

In a statement, Nintendo said:

The system is launching on the same day as Nintendo 3DS game Mario & Luigi: Dream Team, so fans that pick up a new black system or already own a Nintendo 3DS can also play the exciting new entry in the much-loved Mario & Luigi role-playing series. Aug. 11 will be a classy day to become a new Nintendo 3DS owner. Just make sure there is room in your tuxedo pocket or fancy purse!

US Army will use Unreal Engine 3 for training simulations

Intelligent Decisions is a company that creates virtual training simulations for the US Army Research, Development and Engineering Command, and they've just acquired a license to use Epic Games' Unreal Engine 3. 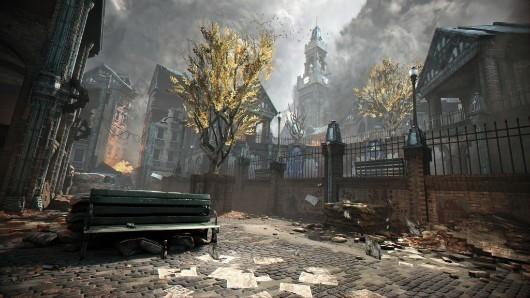 VP of Simulation and Training, Clarence Pape, said that the company will use the graphics engine to improve the movements of autonomous avatars in its Dismounted Soldier Training System, as well as adding haptic feedback for incoming fire, full skeletal controls and environmental variation.

Continue reading: US Army will use Unreal Engine 3 for training simulations (full post)

I seriously hate to be the bearer of bad news, but it appears that there will not be a movie made around the vastly popular game Super Meat Boy... at least not from one scammer. Last week, Team Meat, the guys behind Super Meat Boy, published an hour long conference call in which a "director" was wanting to discuss working up a script for Super Meat Boy the movie. The guys caught on pretty quick that the guy was a scammer and they played along over the course the next hour and hilarity ensued. 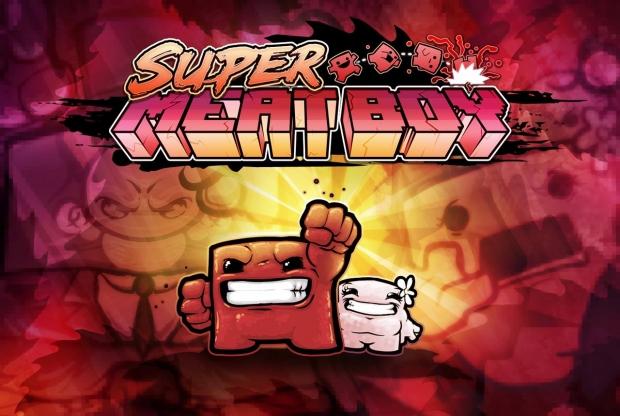 During the conversation, Team Meat noticed that the so-called director had not even played the game as he had no clue on any aspect of Super Meat Boy. He asked them to hire him for 2 months so he could generate a "Blueprint" for the storyline at the cost of just $4,000. He then said that if everything went well, they would have to front $12k in "buddy money" for script production and if everyone was in agreement, then he would refund the $16k total that Team Meat had invested. The catch was, however, that if the director was not happy at any point, he could just take the $12k and call the whole project quits.

The video, embedded above and hosted on YouTube, is definitely worth a listen, if not for the lulz, then for the insight into how some of the true con artists in America attempt to scam possible victims. At one point, the scammer asks for sales figures and the guys reply that they are waiting on Microsoft to pay them $7 million in owed sales, and that Super Meat Boy's sales on a "small-time platform known as Steam" were eclipsed by sales on Direct to Drive. Team Meat held it together for the entire trolling session, and I must bow down to their expertise as trolling masters.

Phil Fish, the developer of Fez calls it quits, says no Fez 2

It was just over a month ago that Phil Fish announced Fez 2 at E3, but this morning it appears that the sequel to the popular indie game Fez will never be. This morning, Fish announced that Fez 2 has been canceled and he is leaving the industry for good. In a statement, Phil Fish wrote: "Fez II is cancelled, I take the money and I run. This is as much as I can stomach. This isn't the result of one thing, but the end of a long bloody campaign. You win." 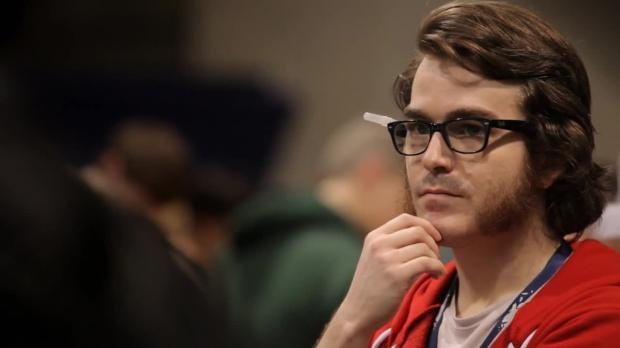 Fish was quite the outspoken indie developer and stirred the pot quite a bit on occasion. He was featured in the popular documentary Indie Game: The Movie in which the cameras followed his triumphs and struggles with delays, massive bugs, and legal battles over Fez. Fish took massive criticism over Fez throughout the development process and the remarks continued even after the game was released and had become a huge hit. Apparently these comments, the pressure of topping Fez 1, and the stress that comes with being the sole developer on a massive game were just too much for Fish to take.

Valve took some time on Friday to squash a rumor from gaming blog NSS that Half-Life 3 was going to be shown at E3 2014. The report said that they had an e-mail from Valve developer John Guthrie, who said that the first-ever Half-Life 3 trailer, as well as a playable demo would be available at next year's E3. 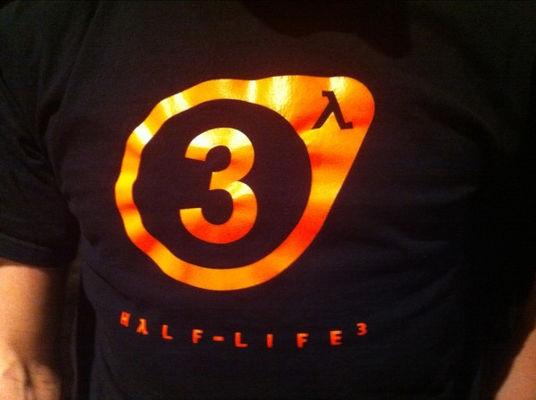 He supposedly wrote: "I can't confirm all too much since the development is still in early stages, but for now I can confirm that we are going to release on both current and next generation consoles, and we will also release the game on our own platform exclusively for PC and Mac. We hope to have the first trailer ready for E3 2014, which we (after several times not attending) will finally come back to."

The creator of Half-Life has come out and said the report is "bogus", with the only reason they decided to step out of the shadows is because of how quickly the story had spread. I think we'll see it toward E3 2014, but I think we're going to see it released closer to the time that Oculus Rift hits the market.

Before next-gen consoles are here, and they usher in a kind-of-1080p gaming experience for us, 4K (or Ultra HD) was announced. We've seen a few sites play around with 4K gaming, but how do three 4K displays handle a game? What kind of insane rig do you need for this?

Well, Microsoft have done it, where they've slapped three Ultra HD-capable Sharp PN-K321 displays with the help of AMD and ASUS with three ASUS DirectCU II 7970s to show off some insane Ultra HD gaming. Dirt 3 was chosen as the game for its wide panoramic effect, with a single ASUS DirectCU II 7970 capable of pushing out 35 FPS, oh, at 11520x2160.

In a day that seems to be all about Google, the company has released yet another new and exciting product. Google has just launched a new Android app named Google Play Games, which will serve as a central location for social gaming as well as game and content discovery. We first heard mention of this new app at Google I/O but details were a bit scarce and we almost forgot all about it. 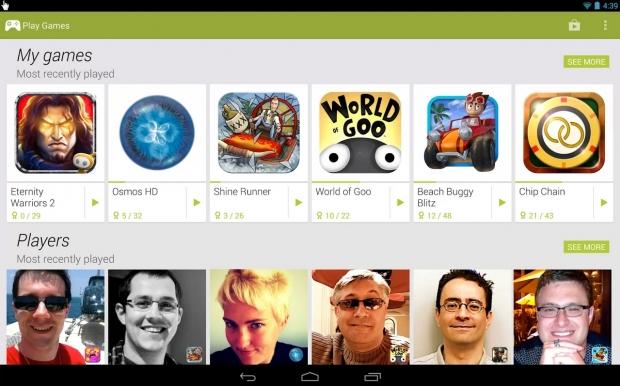 The new app aggregates all of your installed games into a single location where you can see earned achievements, multiplayer engagements, and a list of frequent opponents and public leaderboards. The app is very similar to Apple's Game Center, which has been around for almost 3 years now. Unlike the Game Center which uses your Apple ID for identification, Play Games requires a connection through Google to update your account with new achievements and data.

Microsoft appears to be having issues today with its Xbox Live service. The company says that some members are currently unable to sign in to their Xbox Live accounts and they have a team engaged with fixing the issue. When visiting the current status page, users are prompted with a notice that says the outages is affecting Games for Windows Live, Windows 8, Windows Phone, the Xbox 360, and Xbox.com. 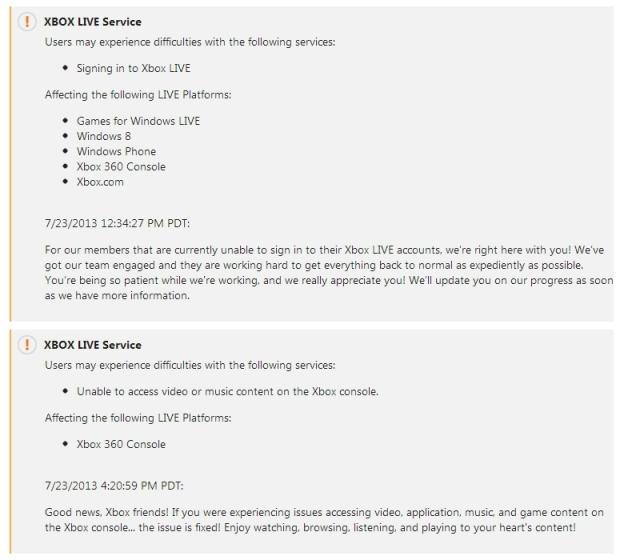 After trying to sign into my Xbox Live Account, I was greeted with an error, and also experienced a similar error when trying to connect to Xbox Live via a Games for Windows Live game. Microsoft says that those who are trying to post or view messages on Xbox.com may experience issues as well. Additionally, some 360 owners are currently unable to watch video content or listen to streaming music from their consoles.

Today, EA Sports released an extended version of the trailer it showed off at E3 for its upcoming game Need for Speed Rivals. The new trailer is one minute and 45 seconds long, which is about a minute longer than the original version, and places a lot of emphasis on the cops-versus-racers aspect of the game. Unlike previous Need for Speed games, players can now choose to play as a racer or as a cop when stepping behind the wheel of a new vehicle.

The trailer shows that the game will be sent in an entirely open environment, which will allow players to make the most of their high powered vehicles. Additionally, a series of difficult challenges will be presented for the player to complete, which will add collectible items to their inventory. Throughout the game players must maintain a healthy rivalry with the law in order to earn more street cred.

Missed Comic-Con this year? No worries, because Tested.com has 800+ cosplay images to share

I have been to CES, Dragoncon, The Southeast Linux Festival, the WPPI Expo, and many other conventions over the years, but the one that has managed to evade me is the San Diego Comic-Con. SDCC is the mecca for geeks of all flavors--especially comic book fans--but over the years, it has become the premier showcase for cosplay fans to gather and live their dream of being their favorite superhero. 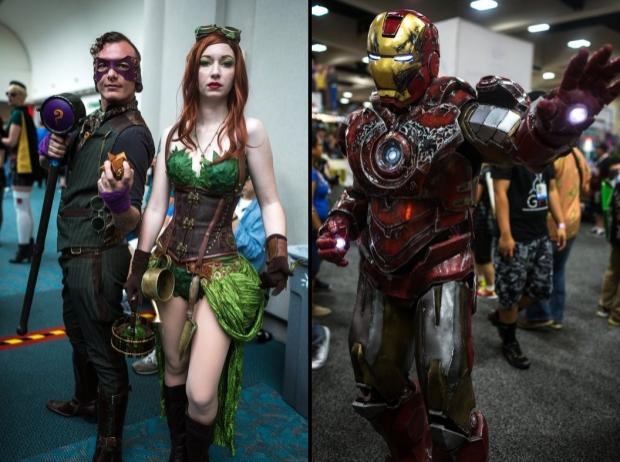 I won't pretend and say that I want to go for the comic books; my entire motive to attend is to see all of the fantastic makers who have spent hundreds and thousands of hours designing and building their costumes from scratch. One of my biggest guilty pleasures is browsing the hundreds of galleries that pop up from Comic-Con every year. Fortunately for me and you, this year Tested's Norm Chan has posted a full gallery of over 800 cosplay photos that he took during SDCC.

The gallery contains some of the best cosplay I have ever seen and I am so pumped up that I am making it my goal to attend SDCC next year come hell or high water. Head over to link #2 and check out the full gallery and if you spot someone you know, send an email to Norm letting him know the person's name and include the image number as he is trying to name everyone pictured in the gallery. The images above are provided courtesy of Tested.com