We've been hearing a lot of news about PCIe 5.0 SSDs and their wicked 10GB/sec and beyond reads, but now we have Nextorage with their new PCIe Gen 5.0 NVMe M.2 SSD pumping 10GB/sec reads.

The new Nextorage PCIe Gen 5.0 NVMe M.2 SSD rocks sequential read speeds of up to 10GB/sec, and sequential writes of up to 9.5GB/sec. We should see Nextorage unleash 1TB and 2TB variants of their new PCIe 5.0-enabled SSD at first, with the 1TB model seeing barely reduced read and write speeds of 9.5GB/sec and 8.5GB/sec. 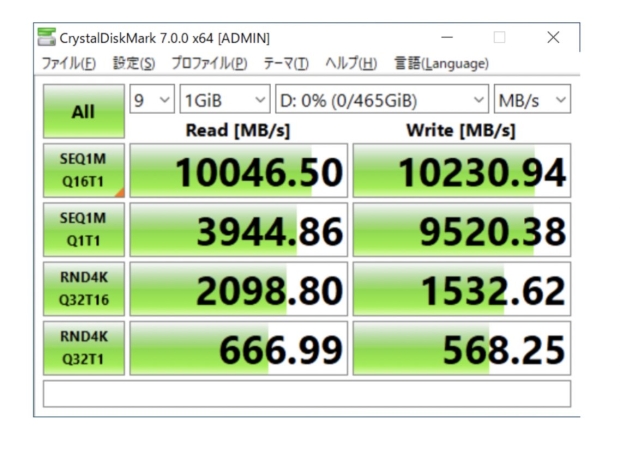 Nextorage is using 176-layer NAND flash inside of their new PCIe Gen 5.0 NVMe M.2 SSDs, and when compared against the likes of current-gen PCIe 4.0-powered SSDs that reach 7.4GB/sec reads and 6.9GB/sec writes, we can expect some great performance upgrades out of the Nextorage PCIe Gen 5.0 NVMe M.2 SSDs of up to 35% faster reads, and up to 48% faster writes (and that's without using the fastest SSD using the PCIe Gen5 standard just yet). 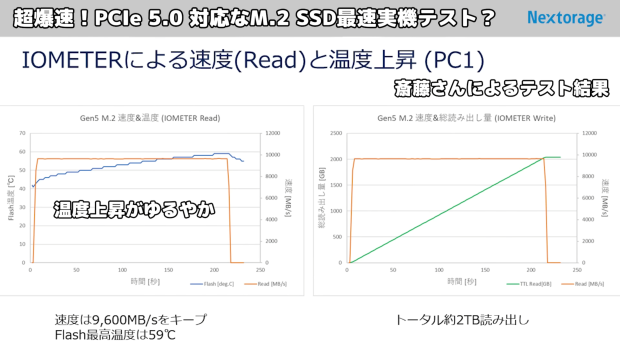 Twitter user Shimizu_OC visited the Nextorage HQ with a brief tease of their PCIe Gen 5.0 NVMe M.2 SSD, where we see 10GB/sec reads and 10GB/sec writes... oh boy. One of the demos saw the PCIe 5.0 SSD using NAND flash that was hitting 59C with a heatsink attached, but without the heatsink the temperatures soared up to 77C and weren't stopping. 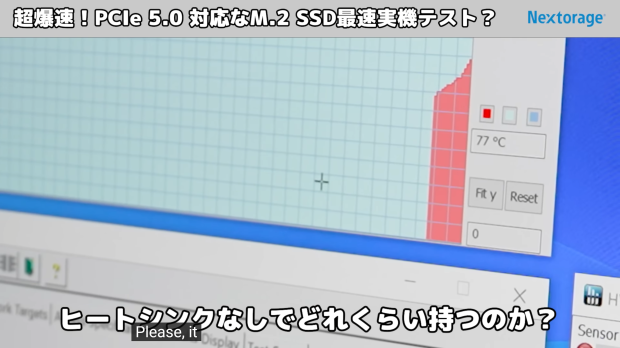 You will have to remember that this is a prototype, and not final... so we should expect some changes between now and when Nextorage's new PCIe Gen 5.0 NVMe M.2 SSDs begin hitting retail.

We've already heard that PCIe 5.0 SSDs are so wicked fast that heatsinks will be mandatory on next-gen PCIe 5.0 SSDs, and here we just have more proof. Those are some toasty temps, and for users that are pumping 10GB/sec all day, all night long... you're not going to keep those speeds maintained without a heatsink, and some... an active heatsink with a fan, too. 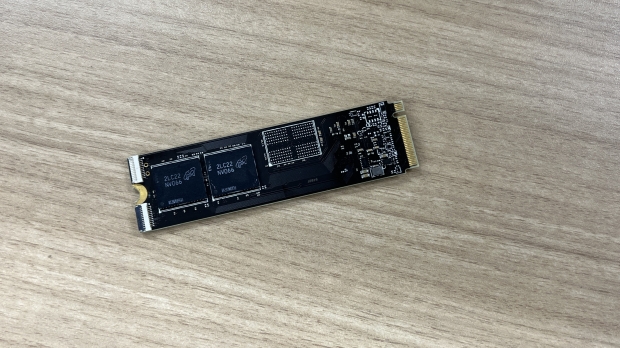 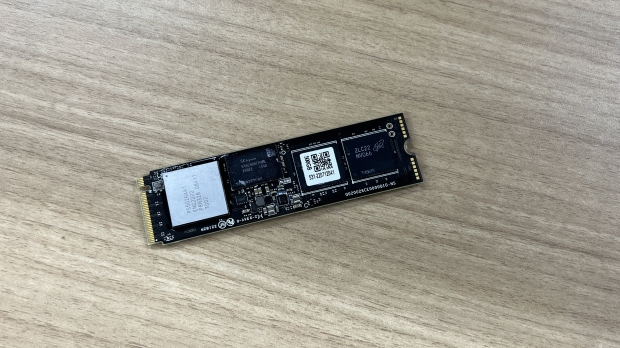 Nextorage also previously teased off a gigantic heatsink design at TGS 2022, but according to Shimizu_OC the new heatsink being used in the recent demonstrations is a completely new design, and it's much smaller than the previous chunky boi, while also offering improved thermal performance.

We should expect more news from Nextorage at CES 2023 early next year. 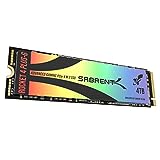