MSI has teased its upcoming Project 491C with a pre-CES 2023 announcement, with Project 491C being a new super ultra-wide gaming monitor.

The new MSI Project 491C is the world's first super ultra-wide curved gaming monitor, with a 240Hz refresh rate and QD-OLED panel. There's nothing else known about the monitor, other than it rocking a huge 49-inch QD-OLED panel at 240Hz, but we don't know the native resolution yet: but we're hoping for 5120 x 1440. 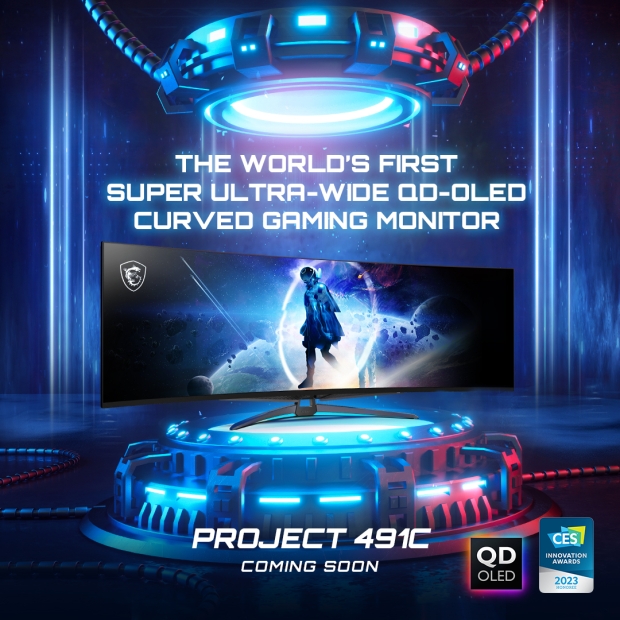 MSI has already secured itself a CES Innovation Award that we'll hear and see more about at CES 2023, which is right around the corner in early January 2023. We should get all of the details we need, but we need to know the native resolution and pricing before we can pass final judgment (as well as the usual hands-on and eyes-on with MSI's upcoming Project 491C super ultra-wide gaming monitor).

MSI explained in its tweet: "The world's FIRST super ultra-wide curved gaming monitor, with a 240Hz QD-OLED panel, is out there to ensure you enjoy a viewing experience far better than anything you've had before. Get ready for CES2023 for the debut of our Project 491C".