Both Microsoft and Sony are relaying sensitive information about closed-doors deals and discussions on the impending Activision merger, and it probably isn't good for either company. 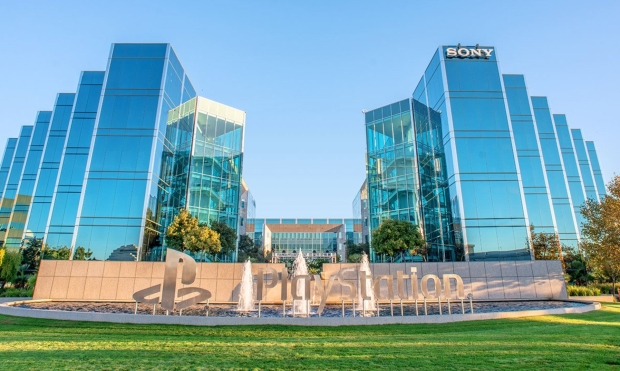 Pressure is mounting on the $68.7 billion Activision merger. Worldwide regulators are closely scrutinizing the deal, which would bestow upon Microsoft eight separate billion-dollar Activision-Blizzard franchises, including the $31 billion mega-hit Call of Duty, the mobile sensation Candy Crush, and the PC MMORPG World of Warcraft. The pressure has had different effects on Microsoft and Sony.

Microsoft, for one, has responded to the pressure with increased confidence and clarity in its messaging around the merger. Through Xbox gaming CEO Phil Spencer, Microsoft has now delivered four separate clear-cut statements on how it intends to continue releasing Call of Duty on PlayStation.

Sony, on the other hand, has responded to the merger with consistent opposition. Sony lawyers have made a case that Call of Duty is an "essential franchise," and through Sony Interactive Entertainment President Jim Ryan, Sony has also delivered strongly-worded public statements on the merger while also outing a deal that should've remained behind closed doors.

There's one thing that Sony and Microsoft both have in common, though: They are both once again using the press as a forum to publicly spar over the merger.

Back in September, Phil Spencer delivered a specific quote to The Verge:

"In January, we provided a signed agreement to Sony to guarantee Call of Duty on PlayStation, with feature and content parity, for at least several more years beyond the current Sony contract, an offer that goes well beyond typical gaming industry agreements."

Days later, Sony's Jim Ryan outed the existence of a controversial deal to GamesIndustry.biz that would only guarantee 3 years of Call of Duty on PlayStation. The deal was rejected outright however industry figures were puzzled as why the deal was made public: 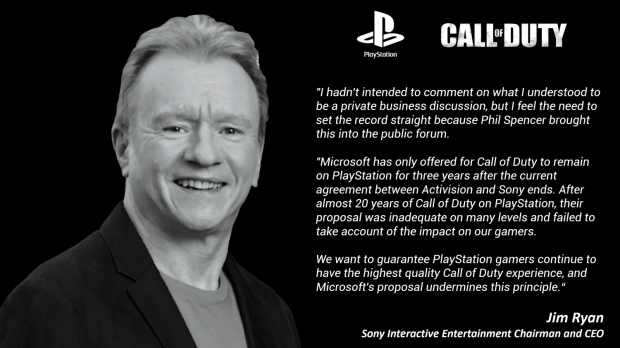 Even more days later, in mid-September, both companies delivered statements to GamesIndustry.biz in an attempt to control messaging as much as possible:

"It makes zero business sense for Microsoft to remove Call of Duty from PlayStation given its market leading console position."

We've also outlined the four major quotes from Phil Spencer on Call of Duty exclusivity. Those can be found here.

Now fast-forwarding to the present, both Sony and Microsoft are once again using press websites to tussle over the merger.

This offer was made public through The New York Times. It wasn't mentioned in a regulatory response or brief, it wasn't listed on Microsoft's dedicated Activision merger page. This incredibly powerful development which has the potential to undermine one of Sony's biggest complaints was mentioned in a New York Times article.

Sony in turn had issued their own comment. Jim Ryan delivered heavy comments to The NYT:

"[It is] Not true [that Sony misled regulators]. [Microsoft is] a tech giant with a long history of dominating industries and it is highly likely that the choices gamers have today will disappear if this deal goes ahead."

The whole world is watching right now; journalists, lawyers, politicians, regulators, and the public, who are actively defending their brand loyalty regarding the merger. But are press websites the best place to announce these kinds of big developments, or should they be saved for regulatory filings?

What help will it be to rile up to console wars all over again, this time in regards to something that consumers don't have full and complete information about? To me, these public spats look unprofessional but they aren't without an aim. Divulging info to press outlets creates coverage that can then later be cited in court documents and filings.

Microsoft have have also trapped Sony in a very compromising position. Not only did Microsoft confirm the existence of a 10-year Call of Duty offer, but Sony refused to comment on the deal.

Through gaming exec Jim Ryan, Sony has been very quick to comment and clarify info, accusations, and arguments.

Except this time it hasn't, possibly because Sony feels like it can't respond. If Sony publicly agrees to the deal then that could affect their position on the merger's opposition and potentially undermine their core argument. If Sony denies the agreement publicly, it could also look bad and potentially make Sony look petty to regulators. It seems that Sony is in a catch-22 situation that will undoubtedly be used in upcoming arguments from Microsoft.