Razer currently has its Blade 14, Blade 15, and Blade 17 gaming laptops with 14-inch, 15-inch, and 17-inch displays, respectively... but it looks like there's something bigger coming on the horizon.

In a new leak on Geekbench, the purported Razer Blade 18 gaming laptop has been tested and it is shaping up to be quite the powerhouse. We should expect a larger 18-inch display (making it the largest display on any Razer laptop yet) as well as it being the first laptop from Razer that will feature an Intel HX-series CPU: a desktop-class CPU that's designed for the laptop BGA package. 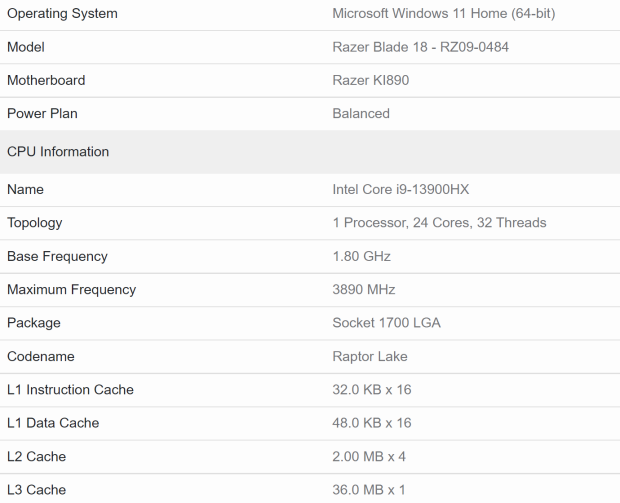 In the leaked Geekbench results, the Razer Blade 18 and its Intel Core i9-13900HX processor were pushing a score of 2063 points in the single-core benchmark, and 20164 points in the multi-core benchmark. With these results, the beefy new Intel Core i9-13900HX processor is around 14% faster than the Core i9-12950HX in the single-core Geekbench benchmark, and up to 45% faster in the multi-core Geekbench run.

That's a damn good improvement, with the additional cluster of Raptor Lake E-cores (Efficient cores) flexing their multi-threaded muscle there. These are just Geekbench results at the end of the day, but I'm sure Intel will detail all of its new laptop-focused HX-series CPUs during CES 2023 which isn't too far away now: January 2023. Razer should unveil its new Razer Blade 18 gaming laptop, and I'm sure some more refreshed gaming laptops powered by not just Intel's new Raptor Lake-powered CPUs, but NVIDIA's new GeForce RTX 40 series "Ada Lovelace" GPUs, too. 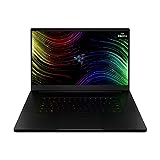